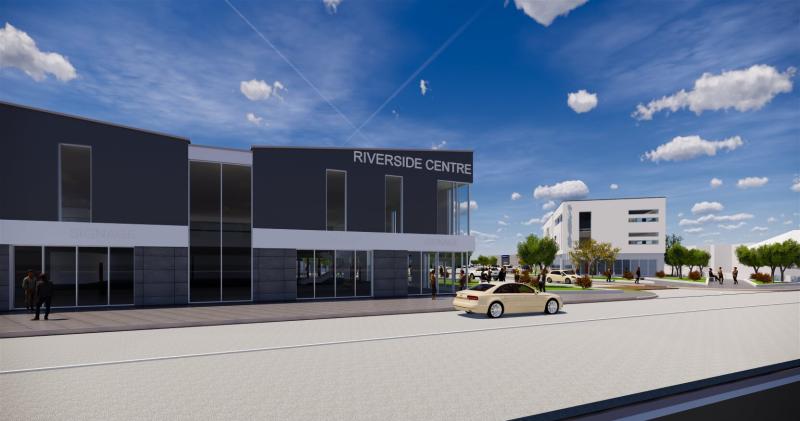 An artist's impression of how the proposed Riverside Centre will look

More than a year after Offaly County Council gave the go ahead for a large shopping centre development in Tullamore, the wait goes on for a final decision from An Bord Pleanala.

Appeals were lodged last January with the people of Riverside in Tullamore objecting to the development and Grapemont appealing one of the conditions.

A decision was due last May but when Covid struck that was postponed with no new date given for a decision.

A spokesperson at An Bord Pleanala said they didn't think there will be any decision this year on the proposal by Grapemont Ltd.

Grapemont Limited is seeking to demolish existing buildings and structures on the former Coen site on Church road and to erect a retail-led, mixed use town centre development covering five blocks.

It has also come to light that Offaly County Council CEO Anna Marie Delaney went against the recommendations of the council Planner to grant permission to a proposal to build a major retail-led mixed use development on Church Road, Tullamore.

In files published on the Offaly County Council planning website, Ms Delaney said: '' In deciding not to accept the Planner's recommendation to refuse permission, consideration was given that the proposal, specifically the larger retail units have the potential to stimulate economic development in Tullamore.''

In deciding not to accept the recommendations of the planner and give the proposal the green light, Ms Delaney added that, ''to mitigate the impact on the smaller retail units in the town centre,'' she was of the opinion that Block B should be omitted from the proposal.