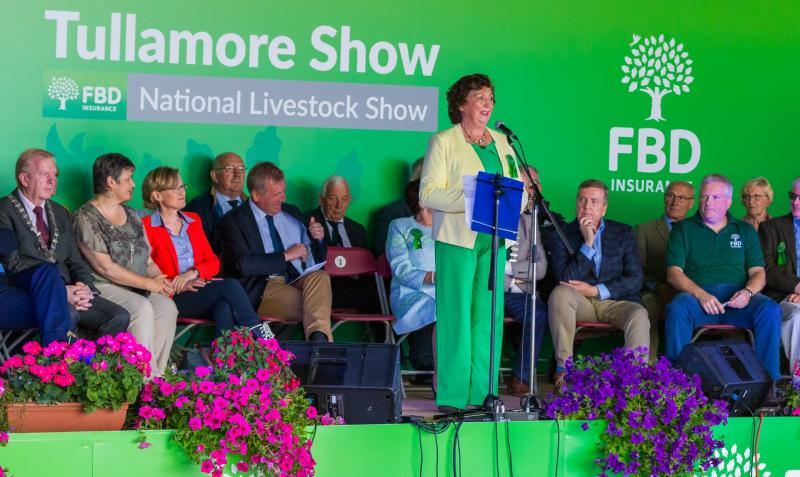 The long-serving Secretary announced her retirement to the shock of other Executive members at the Show's online AGM on Tuesday night last.

Ms Kinnarey's retirement will come into force on January 12th next when the adjourned Show AGM is scheduled to take place.

Regarded nationally and locally as the face of Tullamore Show, the Killurin woman has been involved with the event since its revival in 1991.

She first served as Head of the Cookery Section and has served in the pivotal role of Secretary since 1997. She was also appointed Show Operations Manager in recent years.

This year the event did not take place due to Covid-19 restrictions but it is hoped to be staged in 2021.

Ms Kinnarney, speaking to the Tribune this week, cited family commitments as the reason for her retirement.

Warms tributes were paid to her at the AGM by fellow Executive members who were left stunned by the news.

Ms Kinnarney played a key role in the expansion and success of the Show which is now the top one day event of its kind in Ireland, if not in the whole of Europe.

The Show attracts over 60,000 visitors each year to the Butterfield Estate on the second Sunday of August each year.

The event's success, has ensured its position as one of Ireland's major attractions and its programme of events incorporates many elements including cultural, commercial and competitive interests, ranging from livestock, equestrian, home industries, inventions, vintage, fashion, style and performing arts.

Each August it hosts the crème de la crème of Ireland's livestock in its national cattle and sheep competitions which attract the finest of entries from all over the country.