“Sinn Fein think when talking about the Provisional IRA that they can fool fool people into believing they were part of the War of Independence, they most definitely were not.” 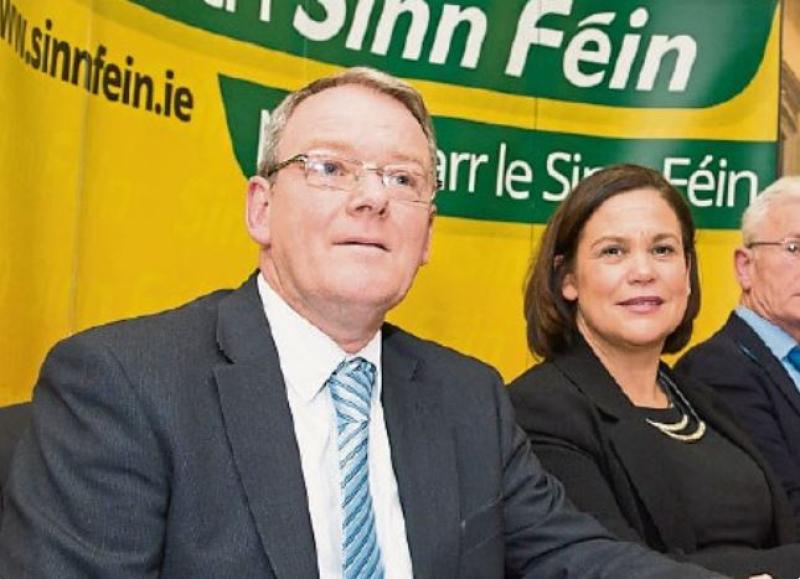 Fianna Fail TD Barry Cowen said he was “shocked and surprised” when he saw Deputy Stanley's tweet, which referred to a Co Cork 1920 ambush and a bomb attack on British forces in Co Down in 1979 which together claimed 35 lives.

“It's not the sort of rhetoric I've heard previously from or expected from him,” Deputy Cowen told the Tullamore Tribune on Tuesday.

“I'm glad he subsequently realised his error of judgement by removing and apologising for [the tweet's] deeply offensive contents.

“In these years of commemoration which evoke many thoughts of pride and appreciation for our freedom fighters and patriots, Sinn Fein seek to hijack those memories for their own narrow political gain.

“There's is no doubt that Sinn Fein think when talking about the Provisional IRA that they can fool fool people into believing they were part of the War of Independence, they most definitely were not.  It's as simple as that.”

Offaly Green Party Senator, Pippa Hackett, who is Minister of State at the Department of Agriculture, said the Green Party is an all-island party with “members drawn from many traditions”.

“We need to rise above the things that separate us and work together for a shared future,” said Minister Hackett.

“The commemorations of the War of Independence can stir up a lot of emotion, but 100 years on, we should try to overcome divisions rather than reopening wounds.

“Deputy Stanley’s comments were hurtful, inciteful, and poorly judged. He is obviously now aware of that himself and has apologized.”

Neither Deputy Cowen nor Minister Hackett called for Deputy Stanley's temporary removal as chair of the powerful Dail public accounts committee, a move which had been suggested by Dublin-based Fine Gael TD Jennifer Carroll MacNeil.

Deputy Stanley's tweet said: “kilmichael (1920) and narrow water (1979) the 2 IRA operations that taught the elite of d British army and the establishment the cost of occupying Ireland. Pity for everyone they were such slow learners.”

Seventeen members of the Royal Irish Constabulary Auxiliary divison were killed in the ambush in Kilmichael, Co Cork during the War of Independence.

Sinn Fein leader Mary Lou McDonald told RTE's Morning Ireland that she would not be asking her party colleague to step away from the position.

“No, I won't. Brian is a very effective, even-handed and very fair chair of the public accounts committee. It is as people know a very important committee. The work is essential.

“He is anxious and I am anxious that he continues with that work. He will, of course, address this controversy with committee colleagues when they meet on Wednesday,” she said.

The Sinn Fein leader was asked if Deputy Stanley was fit to chair such a committee if he celebrated the killing at Narrow Water near Warrenpoint in Co Down.

The attack took place on the same day as the killing of Mountbatten and others in a boat at Mullaghmore, Co Sligo.

“He is more than fit to chair this committee. Brian is a very steady low key kind of individual as people who work with him know but he is extremely competent and extremely experienced. So, the answer to your question is yes, he will continue with that work,” said Deputy McDonald.

The leader was also asked why Brian Stanley should not be asked to step down in a similar fashion to former Tyrone MP Barry McElduff who resigned after a controversy in which he made little of a Provisional IRA attack on Protestant workmen during the Troubles.

“People will understand that very many of us right across political life and beyond marked and recognised the ambush at the weekend and I think Brian's mistake, and it was ill-judged and he is very regretful for it, was an attempt to draw a historical parallel comparison between what happened in the 20s and 70s.

“You deal with these cases as they present. At the time Barry felt, given the dept of hurt felt by the victims of that particular event that that was his course of action. I think in this instance, Brian has acted very quickly.

“He has removed the offending tweet. It was a mistake. He is sorry for it. It was clumsy. It was ill-judged. It shouldn't have happened. It will not happen again.”

The Sinn Féin leader was further asked if she apologised to the British soldiers who survived the bombing and the families of the dead.

“As you know, the Parachute Regiment as a very particular history in Ireland. I could reference Bloody Sunday and the Ballymurphy massacre and all of the events that flowed from that. I want to apologise universally to people who, like me, like all of us, wish to forge a constructive pathway ahead and for whom that particular tweet jarred because it goes against the grain of what is a challenging proposition on the one had to honestly recall and remember our history and what happened but at the same time do it mindful of others.

“It is a challenging proposition and unfortunately, Brian's tweet didn't contribute to that effort but I want to emphasise that it was a once-off and I am absolutely confident it won't be repeated.”

The Laois-Offaly Sinn Fein TD was asked on Monday by the Tribune's sister newspaper in Portlaoise, the Leinster Express, why he tweeted, would he resign or was he going to be sacked.

He declined to answer the questions but instead opted to reply via a written statement.

“The tweet referred to the historical record and the repercussions for Britain and Ireland of these two events in the 1920s and the 1970s along with the tragedy of decades of conflict associated with the British colonisation of Ireland. I have apologised for the Tweet,” said Deputy Stanley.

The First Minister of Northern Ireland Arlene Foster has written to the Ceann Comhairle of the Dáil challenging whether Deputy Stanley is fit to chair the public accounts committee.

However, the Sinn Fein leader has the authority to decide on the leadership of the committee under the D'Hondt system.

In a tweeted response late on Sunday, Ms Foster called Deputy Stanley's tweet, since deleted by him, “shameful” and said it was “outrageous that someone with such warped views can hold a senior position in the Dail. SF talk about respect and equality but there’s not much sign of respect for victims”.

In the statement from Sinn Fein Deputy Stanley was quoted as saying he was sorry.

“I apologise for the content of an inappropriate and insensitive tweet I sent yesterday (Saturday),” he said.

A spokesman for the party said: “We note that Brian Stanley has deleted a tweet that was inappropriate and insensitive, and that he has apologised.

He then topped the poll when the Laois-Offaly constituency was reconstituted in this year's general election.

His original tweet drew criticism on social media from Austin Stack, the Portlaoise man who lost his father to IRA gunmen.

Mr Stack's tweet said: “An apology isn’t good enough for this obnoxious & disgusting Tweet, this is who they are & it shouldn’t be tolerated, @BrianStanleyTD brings shame on Laois & on the Oireachtas.”