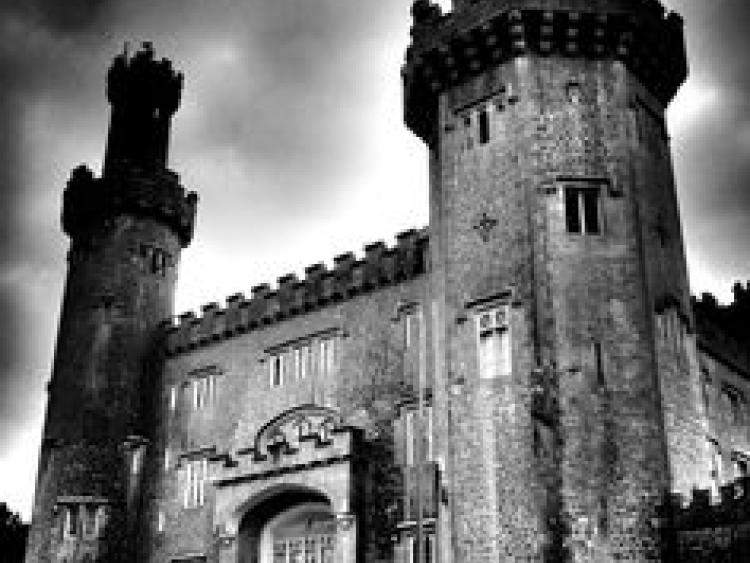 It is a little known fact that Charleville Castle in Offaly was the scene of the tragic death of a child almost 160 years ago. The story has drawn paranormal investigators to the castle over many years and I actually visited with a group from Dublin Paranormal Research and the Paranormal Research Association of Ireland back in 2013.

Charleville Castle was built in Tullamore between 1800 and 1809 by Francis Johnston, the same architect responsible for the design of Dublin’s GPO. The source of its 'haunted' reputation stems primarily from one ill-fated eight-year-old girl and the tragic circumstances of her death.

I met with Bridget Vance in 2013, an American woman who has lived in Charleville Castle, and she told me the story of this little girl. Her name was Harriet, and she was the daughter of the 3rd Earl of Charleville.

In April 1861, Harriet was expecting her friends and relations for a mid-summer party and was playing in the castle’s nursery. The nursery is located on the third floor at the top of the old creaking staircase that turns on itself through the centre of the castle.

Bridget told the story: “Harriet was looking over the railing for her friends, but the railing is low, and she leaned over too far and fell to her death.” 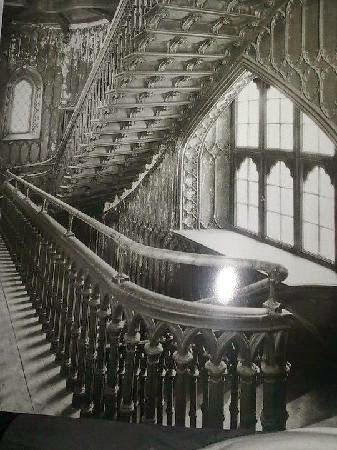 PICTURED: The staircase from which Harriet fell in 1861

Bridget only discovered Harriet’s story after her own son went missing in the castle as a toddler more than 100 years after the event. After searching for over an hour, Bridget found her son on the main staircase, and she recalls him saying, “don’t worry mommy; the little girl held my hand.”

Bridget believesd the little girl her son referenced was indeed Lady Harriet. This story sparked my interest, both out a love of local history and a side-eyed curiosity into this world of paranormal investigators. These people travel the length and breadth of the country seeking something otherworldly and while I've also scorned at talk of ghosts, their dark devotion intrigued me.

I spent most of the night in Charleville Castle on February 16 in 2013. At 9pm, the lights went out. You're in a castle set into a deep 700-year-old forest here. Not much light is getting in. The moon crept through the long, narrow, single-paned windows and torches flickered as we made our way to various parts of the castle.

Two investigators from Dublin Paranormal Research brought a group of participants to the library, which had a history as a meeting place for the Free Masons. They told us that the spirits here dislike women, and often make their disproval known to intruders. To test this contention, the women in the group sat around the table in the centre of the room, and the investigation began.

One of the female investigators began the interaction: “If there are any spirits here present, can you make yourselves known?” After almost forty minutes in this room, the other DPR investigator came over very uneasy, having been the essence of calm from the outset. He sat bolt upright from his slumped state and claimed, “there’s something moving across that wall.” “Look at that, there's something in here with us.”

The women at the table began to sigh while sitting up in their seats, but the investigators told everyone to relax, and that "it had happened before." Although I don't want to discredit anyone, I hadn’t seen or felt anything except maybe for a touch of frostbite in my toes.

In Harriet's bedroom, the old nursery, the investigators called out: "Are you here Harriet?” Nothing. "We have brought a few friends along with us tonight.” Nothing. “Do you want to come out and play with us?” Within seconds of this question, the door, only visible because of the moonlight illuminating three tall back windows, slowly opened six or eight inches, and before we could question what had happened, it swung back on itself, slamming against the unhinged door jam. It was unnerving, certainly, but still, it is a creaky old castle with draughts and open doors and windows. The timing was curious, all the same.

One of the investigators asked Harriet to come into the room if she was on the top of the stairs. Before she had even stopped speaking, the door swung open in one deliberate and swift movement, stopping abruptly when it was about halfway open. At this point, another added, "come on in", and with this, the door rattled the room as it slammed shut again.

At this point, I had more questions than answers but was certainly bowled over by the otherworldly atmosphere that enveloped the castle. We visited other areas of the castle, including the cramped dungeons where you have to move around hunchbacked, but I'll admit, Harriet’s bedroom was the only place I felt uneasy.

Whether it was the dark or the oddness of being in a room where others were attempting to speak to spirits, it was certainly a ghostly experience. Although, my scepticism was left intact as I left at 4am. The drive back to the main road through the woods was creepy, I'll give them that!