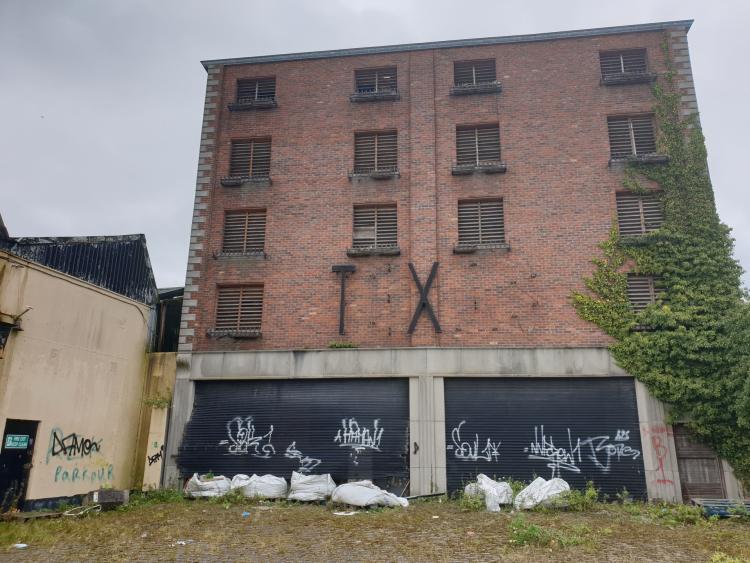 A LEADING Tullamore property developer has said the new proposed planning blueprint for the town could damage the prospects of attracting major retailers.

Tony Flanagan, director of Flanagan Properties, said the 'retail core' identified in the draft County Development Plan is too small and could deter companies like Penneys from choosing Tullamore.

Mr Flanagan also pointed out that the designation of two sites as suitable for high rise – up to six storeys – could discourage viable smaller scale developments.

Mr Flanagan is currently involved in two major proposals for Tullamore. One is the Riverside retail and cinema project at the former Coen's site on Church Road and the other is a retail and mixed use plan for the former Texas store off Offaly Street.

Speaking to the Tribune, Mr Flanagan said his difficulties with the county development plan as it is currently drafted are not “selfish”.

“What message do you send out to retailers that a town will shrink its retail offering? There are people out there who would be likely to come to Tullamore, a number of retailers are looking at a Midland destination,” he said.

“And if you come to a town where you have to go to this site and you can't go there, there and there, it's a problem.

“Obviously in other towns like Athlone, Portlaoise and Mullingar, there's loads of options for people who want to locate and that's a concern that's obvious to me.”

Under the draft plan which is being considered by the council, the Coen's site, the Tanyard, and a site at the top of High Street (formerly Lily Roberts') are all excluded from the proposed 'retail core'.

The former Texas site is in the retail core but is one of two areas designated as suitable for high rise. The other is the Grand Canal harbour off Harbour Street.

The Coen's site was previously zoned as suitable for retail and planning permission was granted for such a project by the County Council.

Mr Flanagan's current proposal for that site has been appealed to An Bord Pleanala and he is awaiting a decision on the appeal.

“When we bought the Coen's site in 2017 it was a town centre site. It had the benefit of planning permission and it had open retail [zoning],” said Mr Flanagan.

“We don't want to be at a disadvantage to other towns. We feel the opportunities are there and getting things across the line is hard enough without restricting.

“If the Coen's site gets refused and we have to go back in [for planning permission] again I think it would be quite difficult. If we go to the Bord [Pleanala] the first thing the Bord are going to do is say, 'What does your development plan say?' and then you're on the back foot.”

He pointed out that the Bridge Centre area is included in the 'retail core' area but it has already been developed and he again criticised the proposal to limit the core.

On the proposed designation of the former Texas site as suitable for high rise, the developer said: “If it's an aspiration of a local authority to have high rise on a site and you go in with a very modest development, then there's going to be serious questions asked.”

“Six-storey? With all due respect, where are you going to get six-storey in Ireland at the moment, anywhere in the country.”

“These things should all be predicated on viability. If the market was there, I'd love to go five or six-storey but I can assure you the offering that we're proposing to put in Texas is surface car parking and a single storey development and that's all that's deliverable and viable at the moment.

“I can do all the fancy plans and whatever the case may be that these people aspire to but it's not going to work.”

He understood the need for forward planning by the local authority but warned that developments had to be viable.

“It's no use to me making a planning application for something that's just not going to stack up. These sites have been laying idle for the last 15 years and we don't want it to be idle for the next 15 years.”

He said he had difficulties with development plans in the past but never felt as strongly as he does about this one.

“There was good and bad in them and generally you'd work around them. I can't see too much postivity, certainly in my business, for what we're proposing.

“I genuinely feel that when this pandemic ends we'd want to be ready and hit the ground running to try and attract businesses into the town.”

Mr Flanagan has lodged a submission with the County Council outlining his concerns about the draft plan.

Those concerns are shared by Offaly Fianna Fail TD Barry Cowen in a wide ranging submission he has made.

Deputy Cowen said the proposed core retail area in Tullamore “is at odds with recent grants of planning for commercial activities”.

“It is imperative I believe to allow and support by way of continued adequate zoning to support permissions granted and awaiting Bord Pleanala approval and or construction.

“Our town and county have been starved of investment of such a nature. Commitments based on existing provisions in existing development plans should not be compromised and I expect a new development plan will not do so.”