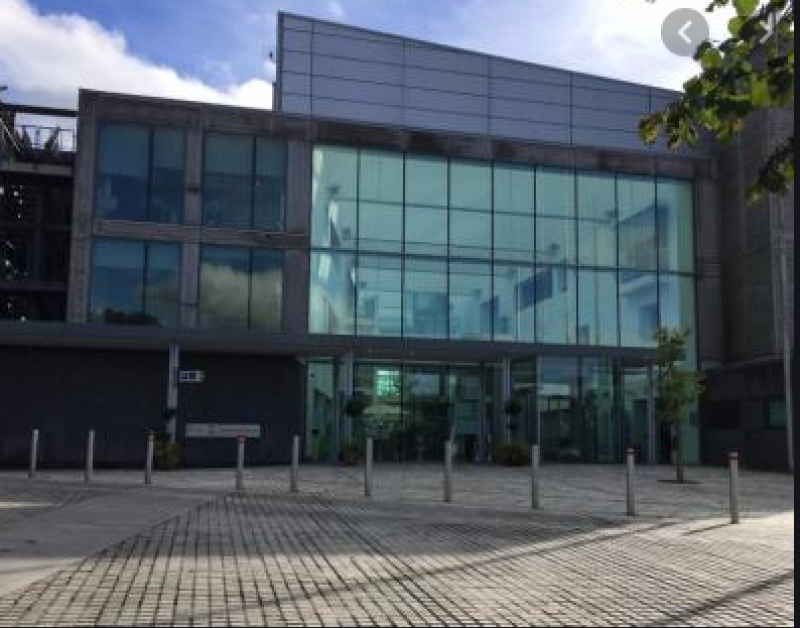 THERE were fiery exchanges at last Thursday's Tullamore municipal district meeting when councillors learned of a proposal to cut the General Municipal Allocation [GMA] by a massive €100,000 leaving just €77,000 to spend on projects in the district in 2021.

Things got so heated that it prompted Cathaoirleach Danny Owens to describe it as a Punch and Judy Show.

The GMA is spent at the discretion of elected members and in the past has gone toward projects such as the Lloyd town park, Clara swimming pool, estates management, Mountbolus town and village renewal and Entente Florale.

Director of Services Tom Shanahan, said "It was money well spent and went towards very significant projects. However, he said ''revenue income for Offaly is going to be drastically reduced this year because of the potential rates reduction and income and the initial cost of Covid.

"We are hoping that some of the lost income will be reimbursed from central government," he commented.

It was towards the end of the meeting that tempers flared when Councillor Ken Smollen claimed that some councillors had been "blackmailed" into increasing the property tax and they were now getting nothing for it.

Councillor Neil Feighery responded by saying this was the usual "populist comments" made by Cllr Smollen before telling him to go back onto Facebook where he can solve all the world's problems.

Earlier Councillor Frank Moran said there were a lot of projects depending on the funding.

"So bring it back very clear from this chamber that we want that €100,000 and let the finance department find it somewhere," he said.

"You are taking function from us and putting it into the executive's hands and we stood up and said we have had enough. Bring it back to the finance department and tell him and his department to find the €100,000," said an angry Cllr Moran.

Councillor Neil Feighery described the proposed cut as "a body blow." He continued, "I would be proposing and seconding councillor Moran that we look for €100,000. There is a budget of €55 million in Offaly county council so surely to God, we can have some autonomy to decide how we can spend money."

Cllr Feighery also suggested that money set aside for conferences and training for councillors be used as it was unlikely there will be conferences this year.

Adding his voice, Councillor Declan Harvey, said: "We are the capital town, we have to realise we lead the way as the capital town. I would be looking for more than €177,000. No way can they take a €100,000 off us. We will look like a very poor council if we don't fight our corner on this." He suggested using revenue from property tax.

Councillor Sean O'Brien, said it was "essential that we have that money, otherwise, we are really calling into question what function we have.

"One of the projects we allocated money to last year and the balance this year was for the public toilets in the town park, which badly need to go ahead. We were depending on another allocation this year to complete that," he said. He also suggested the money from paid parking be used.

Councillor Tony McCormack, said he was not in favour of using money from property tax. "That is already ring-fenced," he said.

Mr Shanahan reminded the councillors that this was just the first step in the budgetary process. He said the points made at the meeting will form part of the overall process. "At the end of the day it is the reserve function of the council to adopt the budget."

Continuing he said: ''A lot of effort was put into the discussion on the local property tax and it was agreed that that money would be ring-fenced for projects and that is not going to change. The GMA funding has always come from the overall revenue budget, not revenue from property tax," he stressed.

Councillor Declan Harvey said if the property tax is divided among the three Municipal Districts of Tullamore, Birr and Edenderry then "surely we can decide how we spend it," he said.

Mr Shanahan said that discussion was not appropriate for last Thursday's meeting.

"15 councillors and 4 in this chamber succumbed to being blackmailed into increasing or maintaining the maximum amount of local property tax and people here will see nothing for it," said Cllr Ken Smollen.

"I think this is definitely a case for central government. If Offaly needs special funding then so be it. But the people here are getting nothing for this maximum amount of property tax that they are paying," he claimed.

"I take exception to the typical populist comments from Cllr Smollen, to say we have been blackmailed," responded Cllr Feighery.

"We did the responsible thing here to try and do the best for our community. There is no point in us getting elected to Offaly county council to sit on our hands for 5 years, and not to progress the county and do something for tourism and all the other great worthy projects. I'm not going to take that rubbish from Cllr Smollen. He can go back on his Facebook page and solve all the world's problems. We are dealing with the real world here. Welcome to the real world there, Cllr Smollen," retorted Cllr Feighery.

Councillor Smollen said he resented what Cllr Feighery said: "There isn't a council meeting goes by here that he doesn't mention my Facebook page. If he wants some lessons on how to get on to Facebook all he has to do is ask me. But I would like to say I was elected by the people of this area to represent their interests. I don't work for Offaly county council, or I don't work for any other council, I work for the people of this area and I will represent their best interests. I see the struggle that they sustain every single day. I doubt Councillor Feighery does," a disgruntled Cllr Smollen answered.

Cllr Tony McCormack said "the mention of property tax here today is absolute madness in consideration of what is going on. The reason I mentioned property tax is because I didn't want the financial department to turn around and say to us...'that €100,000 you get for Tullamore, Edenderry and Birr, you can take it out of the property tax.'"

"We actually increased property tax so that we would have money to spend on projects because it's the only game in town. The reason I mentioned it here today is because I don't want that money to be used for anything other than mass funding projects that we have ring-fenced it for," said Cllr McCormack.

"Then represent them," snapped back Cllr Smollen.

"We do represent them," answered Cllr Harvey.

"This is like a Punch and Judy show," concluded the Cathaoirleach Danny Owens before moving on to the next item on the agenda.