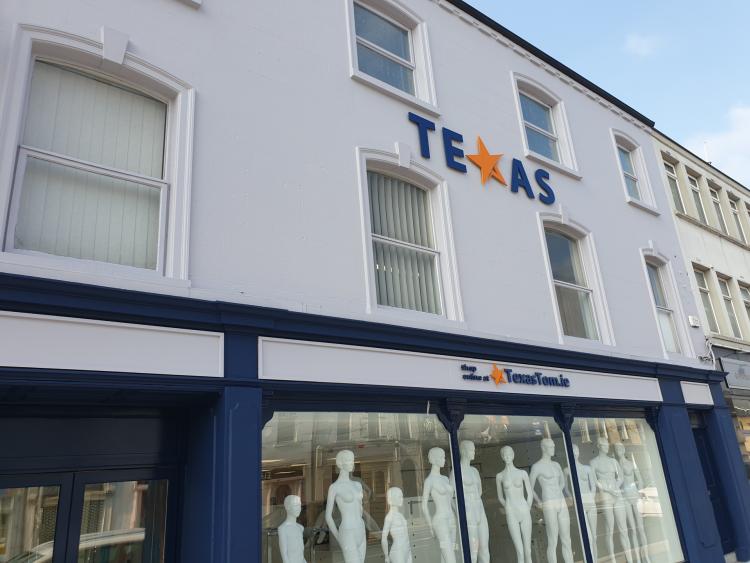 OFFALY retailing legend Tom 'Texas' McNamara will be opening his new store on William Street, Tullamore on Monday, October 12 next.

Mr McNamara's return to the shopping scene will be welcomed by those who remember him from the massive outlet he had in Tullamore, along with his business in Athlone.

He also developed Main Street in Tullamore, an entirely new street comprising retail, commercial and residential accommodation in a formerly disused part of the town.

The new store, which is located in the former ESB shop, will open its doors at 12 noon on October 12 but 12 hours earlier, at midnight, the online outlet, texastom.ie, will go live.

Through texastom.ie, which will have a loyalty club, online shoppers are promised next day delivery of fashions at what Texas social media says will be “exceptional value”.

Detailing his plans earlier this year, Mr McNamara said the fashion store will be 60% ladieswear, with the remainder evenly split between menswear and children's.

Texas department store began its life on William Street in 1981 in the premises which is now Charming Hand and Foot spa.

It then moved into the former Duffy's supermarket, also on William Street, and crowds flocked from all over Ireland to take advantage of the wide selection of clothing and jewellery at knock-down prices.

Having spent 11 years at that premises, Tom moved to the former Irish Mist facility on Offaly Street, opening in 1996.

Texas spent another 11 years there before selling to Navan businessman Eamon Duignan who had plans to build a shopping centre incorporating the former Texas and Tesco properties, along with other adjacent sites.

Last week the Tullamore Tribune revealed that local businessman Tony Flanagan intends to build a €7.5m retail and mixed use complex there.