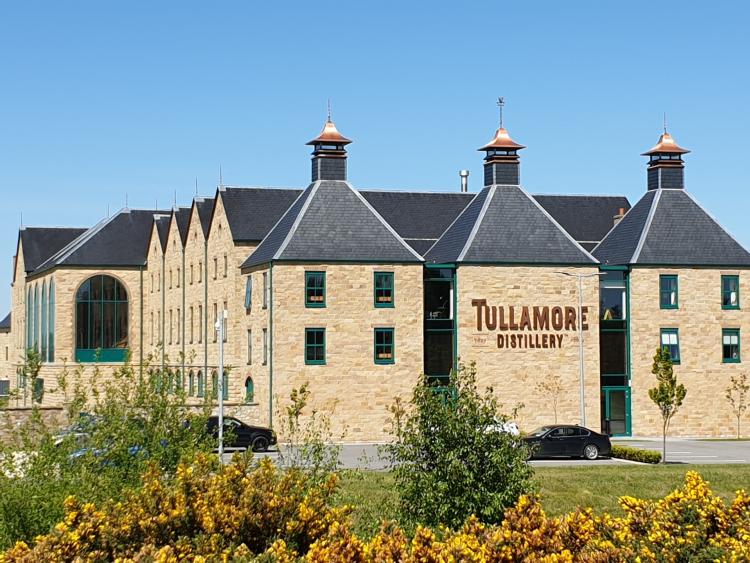 TULLAMORE D.E.W. has confirmed it plans to move its visitor centre from the town centre to the distillery with the loss of up to 14 jobs.

Whiskey company William Grant & Sons said on Wednesday morning it will create a premium whiskey tour and experience at the distillery.

In a statement William Grant said its appetite to showcase the distillery as the centre-piece of the tour, as well as the impact of the coronavirus pandemic on the tourism industry, will mean that the current visitor centre is expected to close its doors next month, with 14 jobs at risk of redundancy.

Since opening in 2012, the Tullamore D.E.W. visitor centre has become an established tourist attraction in Ireland, welcoming 35-40,000 visitors every year.

The company said that over the last few years, it has invested more than €100 million to bring together the malt, pot still and grain whiskey production to one location in Tullamore.

The Tullamore Distillery currently employs 90 people and William Grant & Sons’ commitment to the region is expected to continue through its plans to further enhance the visitor experience on site at the distillery.

Garry Moore, the Tullamore site leader said: “Through our plans to relocate the visitor experience to the distillery, with its new state-of-the-art facilities, we will be in a better position to provide a new rich and immersive experience for our visitors.

“We remain committed to the town of Tullamore and, through our proposal to create a new visitor experience, we look forward to continuing to do our part to boost the local economy in the years ahead.”

While the company did not indicate the date when the existing visitor centre on the bank of the Grand Canal at Bury Quay will finally close its doors, local sources said it will cease operation on October 21.

Last night Offaly Fianna Fail TD Barry Cowen said the closure was coming as a huge disappointment and his first thoughts were with the staff.

He said he was aware that some might be redeployed. “We will see where that goes but I would hope that every opportunity will be given to them to do that,” said Deputy Cowen.

He said the detail of the lease of the Bury Quay building now needed to be addressed and options explored, including the possibility of holding a competition to offer the building for some other commercial use and he hoped Tullamore D.E.W. would “not be in the way of that”.

His party colleague in Tullamore, Cllr Tony McCormack, described the closure as a “huge shock” but said he could understand the economic rationale behind it at a time when there were few tourists coming to Ireland and if the company believed a move to the distillery would benefit Tullamore DEW in the longer run.

“They're still going to be bringing people into Tullamore. I'd hope a lot of the jobs will be retained with the new visitor experience they are going to have in the distillery,” said Cllr McCormack.

“We'd be hoping they get the new visitor experience done quickly and have it up and running for the summer of 2021 when tourists start coming into the area.

“The commercial viability of the whole brand is important and it's something we're very proud of in Tullamore.”

He said he hoped William Grant would return the building, which was originally a bonded warehouse, to the council and the community.

Tullamore Distillery began operations in 2014 on a site off the Tullamore bypass on the south side of the town.