Ambassador keen to forge closer links between India and Offaly 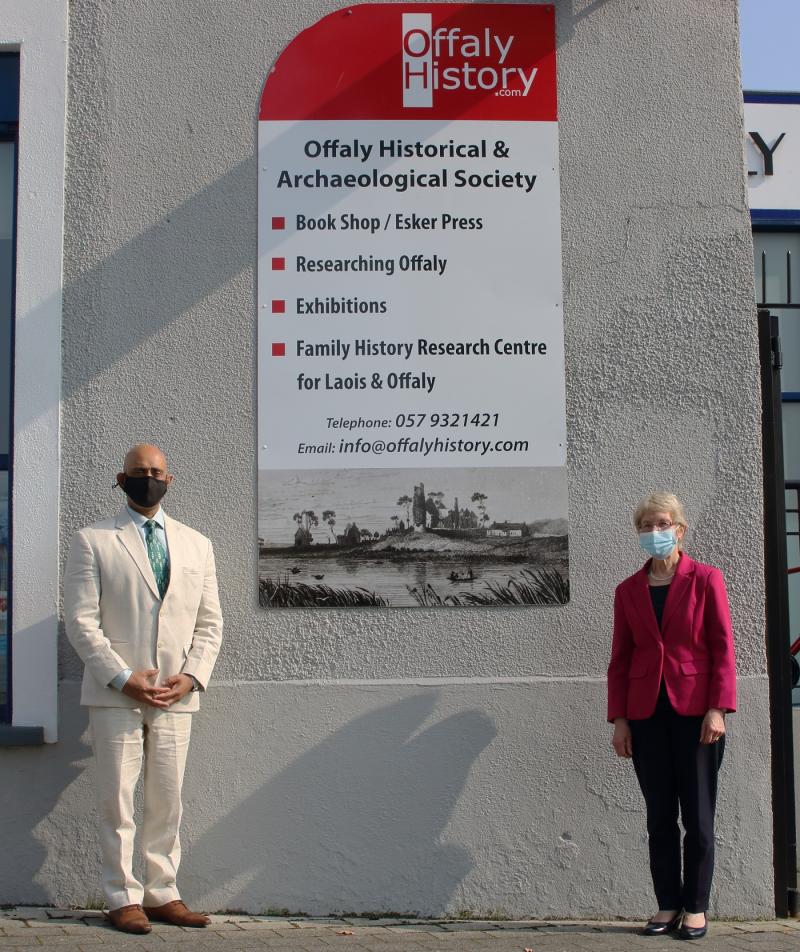 The Indian Ambassador with Helen Bracken at Offaly History Centre

FOSTERING closer economic and cultural links between India and Offaly forms part of the vision of the Indian Ambassador to Ireland he revealed during a visit to the county on Thursday last.

His Excellency, Sandeep Kumar visited Offaly History Centre as part of his itinerary and spoke eloquently about the connections between his native and adopted lands, particularly both countries struggle for independence from the British Empire in the last century.

He emphasised his desire to forge links between regions outside Dublin and India and the importance of Indian citizens here playing a full part in local and national life.

“The purpose of my visit is to get out of Dublin. We do not think that Dublin is Ireland. Ireland is a composite of regions and we're trying to reach out to the sizeable Indian communities in those regions,” he explained.

The Ambassador, in an informal discussion with the President and Secretary of Offaly History, Helen Bracken and Michael Byrne and Offaly Archive Centre Manager, Lisa Shortall, said he would welcome closer contacts being developed with the Society, particularly through lectures and film screenings.

Mrs Bracken agreed and said there was tremendous scope for this and that Offaly History would welcome closer contacts with all the communities in Tullamore and Offaly who were keen to know more and contribute more to our understanding of our heritage and history across nations.

The Ambassador was shown the work of the Society, its library and photographic collection and presented a copy of a biography of Rabindranath Tagore (friend of Yeats) to the Society to add to its collection.

Speaking to the Tribune, the Ambassador said he had also visited Tullamore hospital where a large number of Indian born health professionals worked.

He said they, like their Irish counterparts in the health service, were working in very challenging times during the ongoing Covid-19 pandemic.

Ambassador Kumar revealed his Embassy had been instrumental in establishing groups of its country's citizens from all walks of life around the country to provide a support network for the Indian community during the Covid crisis.

He added that the period had been especially difficult for the thousands of young people from India studying in the country and counselling and other support services had been put in place for them.

“A lot of these students went back to India but are now returning ot start the new semester,” he outlined.

Ambassador Kumar said he was intrigued to learn from Michael Byrne that a British expedition to climb Mount Everest in the early years of the last century had been led by a man with Tullamore connections, Howard Bury of Charleville Castle.

He said he hoped to meet the Cathaoirleach of Offaly County Council and other councillors in order to encourage cultural and economic links between Offaly and India.

Ambassador Kumar added that the links being discussed between Offaly History and the Embassy could be instrumental in building further connections between the county and India.