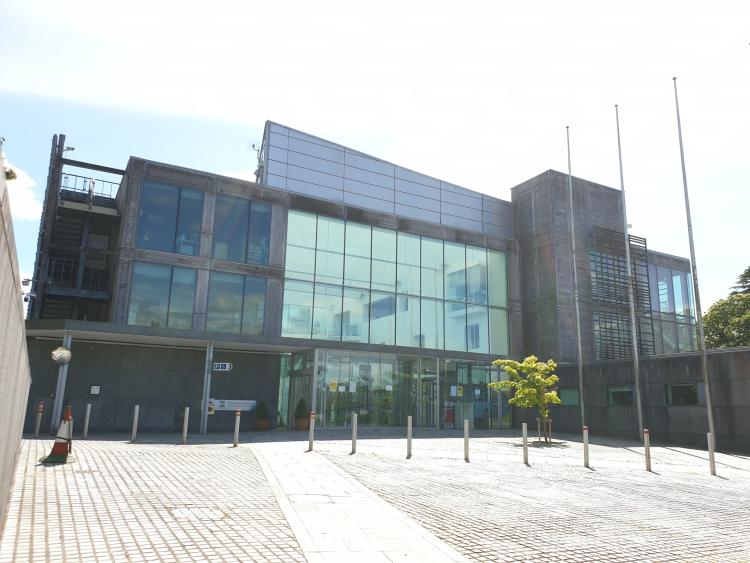 Vote was taken at a meeting at Aras an Chontae, Tullamore

HOMEOWNERS in Offaly will pay the same property tax in 2021 as they did this year after councillors voted overwhelmingly to retain the current rate.

By a margin of 15 votes to two, the council rejected a proposal to cut local property tax (LPT) by the maximum amount legally permitted, 15%.

Those defending the retention of the tax at the upper level argued that last year's hike successfully triggered much greater amounts of funding for local projects from central government and they say the same will happen in 2021.

A 15% reduction, which would bring the LPT back to the base rate which had been in place between 2013 and 2020, was proposed by Cllr Sean O'Brien, Independent and Cllr Ken Smollen, Irish Democratic Party.

When the time came for a vote Cllrs O'Brien and Smollen were the only ones in favour of slashing the LPT.

Two councillors who voted against the increase last year opted to retain it on this occasion, Cllr Clare Claffey, Social Democrats, and Cllr John Foley, Independent.

Cllr Declan Harvey, Fianna Fail, who abstained last year, was also one of the 15 who backed the proposal that there be no change.

Setting the context for this year's decision on the LPT, Mark Connolly, head of finance with the council, said leaving the tax unchanged would generate €3.7m over five years and this would generate a funding stream of about €18.5m because the State pays out €5 for each euro raised.

Mr Connolly said every euro would go back into urban and rural regeneration projects in towns, villages and communities.

He said the “match” funding projects were critical to the future development of Offaly's towns and communities and if the LPT was not maintained at its current levels, there would be “little or no scope” for additional local projects without additional external funding or a reduction in services in other areas.

Mr Connolly warned that the council already had a current deficit of €1.9m at the end of 2019 and he said there is “huge uncertainty” in relation to the 2020 outturn.

Given the global pandemic, he predicted a significant deficit for this year and he also warned that commercial rates could be lower in 2021 and income like parking charges and planning fees had declined dramatically in 2020.

He said the increase approved last year had helped fund the Birr tourism destination town project, the Edenderry masterplan and the Tullamore street enhancement and projects in all three towns will continue in 2021.

Cllr John Carroll, Cathaoirleach, said he would be supporting the retention of the LPT at its current rate because it would allow the council to maximise and capitalise on Government investment through the matching funding.

“Councillors have to ask themselves, if we had not this income, where would we get it,” said Cllr Carroll.

“To me as a person who has a socialist outlook on life, I think the people who have property are the people who must pay a certain amount to improve the area where they live, because that will improve the value of their property,” added the Birr Independent.

Cllr Dooley said that when the increase was agreed last year it was agreed “for the lifetime of the council” and to him it was a “no brainer” because the council was getting €3.7m for investing €750,000.

The question facing the council was not whether there should be an LPT or not, it was did councillors want to support the towns, the “capital town” of Tullamore in particular.

“On any capital projects that have taken place, people who jump up and down, go on Facebook and the local paper and radio claiming this, that and the other, let them think what way they voted on this,” said the Ferbane councillor.

Seconding the proposal, Cllr Leahy said he had been opposed to both the original household charge and the local property tax because they unfairly pitched councillors against ordinary people.

However, the debate was now about the increase and he said it amounted to 26 cents per week for 41% of the residential property owners in Offaly and averaged at 45 cent per week across the whole county.

The Kilcormac councillor also said those in social housing did not have to pay property tax and added that no councillor over the past year had criticised any of the projects which were part funded by the LPT.

Cllr O'Brien said by opposing the increase he was standing by a commitment he had made in the election of 2019.

He felt the LPT was an unfair way of targetting those who had paid for their own homes and he said other counties had decided to reduce the tax instead of retaining it at last year's levels.

The Tullamore Independent said the Government could borrow money at very low interest rates if it needed more money and he highlighted the pay increases for ministers, the hiring of a record number of advisers, money being spent on the Convention Centre for Dail sittings and the hiring of private hospitals to deal with Covid.

At the same time, he said the Government expected councillors to “tax our own local people” at a time when people's jobs were threatened.

Cllr Smollen said that instead of “blackmailing” local councillors the funding for Offaly should come from central government.

He said with so many property owners already struggling, he could not vote to retain the tax at the current level.

The councillor said there are two categories of property owners, those who earn enough to buy and build their own homes and those who earn below the average wage but have no choice but to buy or build, even though many of them are only slightly above the qualification limits for social housing.

Many people have just enough money to survive and are going without some of the basic necessities, a situation which will be worsened by the unemployment and income reduction caused by the Covid-19 pandemic.

He said he visits over 300 families in Tullamore on a monthly basis and 70% or more of them are homeowners.

“They are not people on social welfare, they are people who are being targetted by this unjust tax, and this unjust increase,” said Cllr Smollen.

Other speakers backed the retention of the current arrangement with Cllr Eddie Fitzpatrick, Fianna Fail, saying it had resulted in substantial investment this year, and Cllr John Clendennen, Fine Gael, stating that while it did not give his party great comfort to do so, if Offaly stood still it would go backwards.

The Kinnitty councillor said the funding flowing from the tax went far beyond Tullamore, but around the county to the Slieve Blooms and the Shannon.

Echoing the comments of Cllr Dooley, Cllr Clendennen asked those seeking a decrease would they give a commit not to “share on social media and take the glory when the work is done, whether it be on a greenway or whether it be on a town centre, or something as simple as a pedestrian crossing or wifi”.

“Coming in here and not voting to support it and then going out and giving a different message to the community is not fair on any of us in the chamber,” he said.

Cllr Foley said he had objected to increasing the LPT above the base rate in previous years but over the past couple of years he had seen how ringfencing the income had brought money in for different projects.

“I don't think there's any point in trying to reduce it by 15%, it's not going to happen but I do welcome it's going to remain the same.”

Before the vote was taken Cllr Leahy picked up on the use of the word “targetting” by Cllrs O'Brien and Smollen, saying that if “targetting” was happening, it was at a rate of 26 cent a week for 41% of the households in Offaly.

“I would like to know from Cllr O'Brien where does he envisage getting the €742,000 that we won't have now to drive projects forward,” he said, pointing out that the two councillors opposing the proposal were from the Tullamore area, even though the bulk of the money would be spent there.

Referring again to Cllr O'Brien, Cllr Leahy added: “This is fairytale politics that he's playing here at the moment and he is a very astute politician and he's doing it very deliberately.”

Cllr Carroll said he did not want the debate to continue along “the popular line” and the “poor mouth” but he believed the public would know what was happening.

The Cathaoirleach said he would allow Cllr O'Brien to respond but did not want “a litany” on how the Government was spending its money.

Cllr O'Brien said the chair was telling him how to reply to a query and what he could speak on, while Cllr Leahy was “more or less” denying him the right to hold a different opinion to him.

“That would be a funny world in politics where everyone had the one opinion and Cllr Leahy has jumped around a good bit in the last few years changing his mind here and there.”

Cllr Smollen said he found the reference to “poor mouthing” a very insulting remark and added that he had visited a family that morning who “couldn't afford a loaf of bread”.

“I'd like to ask Cllr Leahy does he know how much a loaf of bread costs,” said Cllr Smollen.

Cllr Neil Feighery, the Fine Gael representative for Tullamore, said many would argue that the property tax is a wealth tax yet left wing leaning politicians on the Tullamore Municipal District were talking about “targetting”.

“The left wing politicians in this country are an outlier in that they're against property tax and wealth tax,” said Cllr Feighery.

He also said he would like to see fewer articles on Facebook or the Tullamore Tribune where councillors who opposed how the money was raised were then welcoming the funding coming into the town.

The vast majority of homeowners in Offaly have houses whose value makes them liable for annual base rate property taxes of €90, €225 or €315.

It was also open to councillors to vary the tax downwards from the base rates by 15% but unlike some councils, that has not been proposed in Offaly.