Offaly based Athletic Club raises over €4,000 for charities in the Midlands 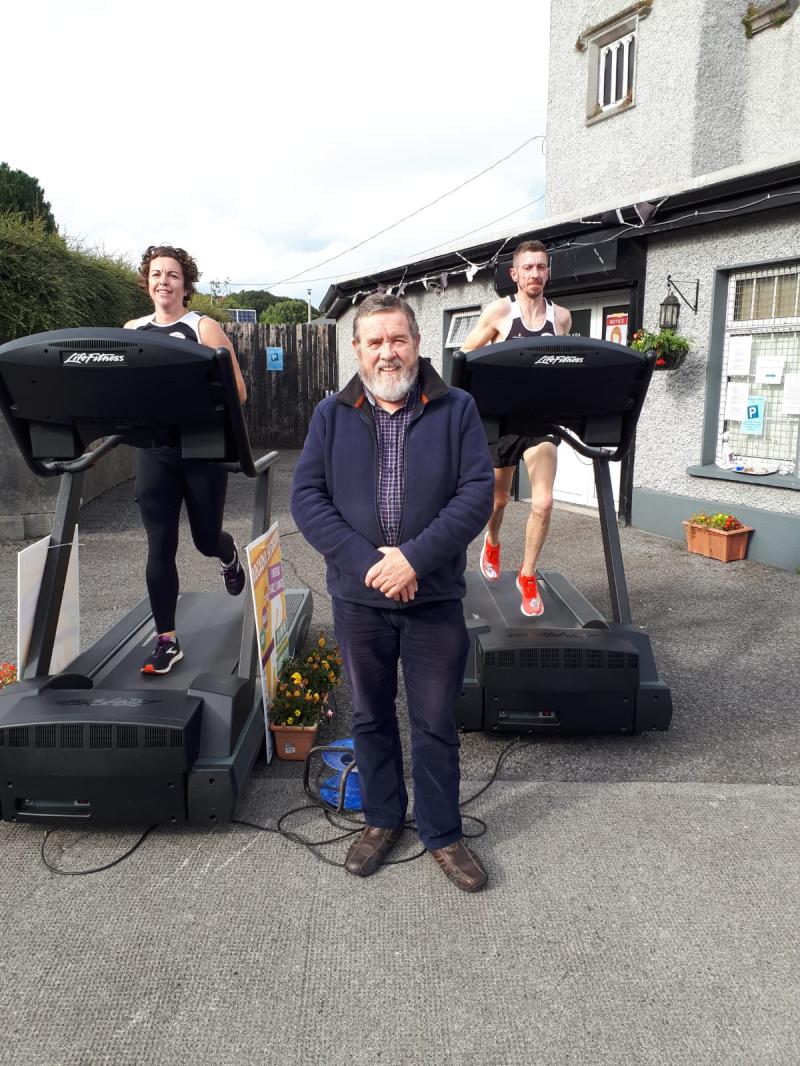 The event was one of a series of challenges called 5k for 50k which was sponsored by Arcadia, Athlone. The original idea was to raise €50,000 for 10 charities in the midlands.

The Clara event was to be the final and probably the biggest of them all. Initially the club intended to run a relay to each of the 10 charities in 5 counties covering a distance of 260k over two days. They were hoping to involve other runners along the way and collect money as they went.

But when the local lockdown in Offaly hit, then that plan had to be abandoned as one of the members David Staunton of Clara AC said they couldn't leave the county and it wouldn't be safe.

However, not to be deterred the club put on their thinking caps and soon came up with the idea of running on treadmills on the street in Clara.

This turned out to be a bright plan as together they raised €1,800 through a bucket collection on the day and €400 extra online through a GoFundMe page, making a total of €2,200. Members of the club ran from 8am until 6pm on the day.

Arcadia is matching all donations which means the Clara event raised €4,400. Spokesperson for Arcadia said it is an amazing boost for the 5k for 50k pot.

Between 25 to 30 members took part in the run throughout the day with each person doing 10k.The treadmills were sanitised each time there was a change over. Joe Quinn of Aspire donated the treadmills for the day.

The event began inside the Clara Family Resource Centre, but soon it became clear it wasn't going to rain and so it moved outside and the group got a great response from people passing by.

Fiachra McLoughlin of Arcadia gave a ''big thank you'' to all the people of Clara, the walkers and the drivers who were passing through for their donations and support during the event.'' The charities to benefit are in Westmeath, Longford, Roscommon, Galway and Offaly.

€17,000 has been raised. ''We started 5 weeks ago in St Hilda's in Athlone. We were targeting 50k so we fell a bit short. We will leave the GoFundMe page up if people still want to donate,'' said Fiachra.