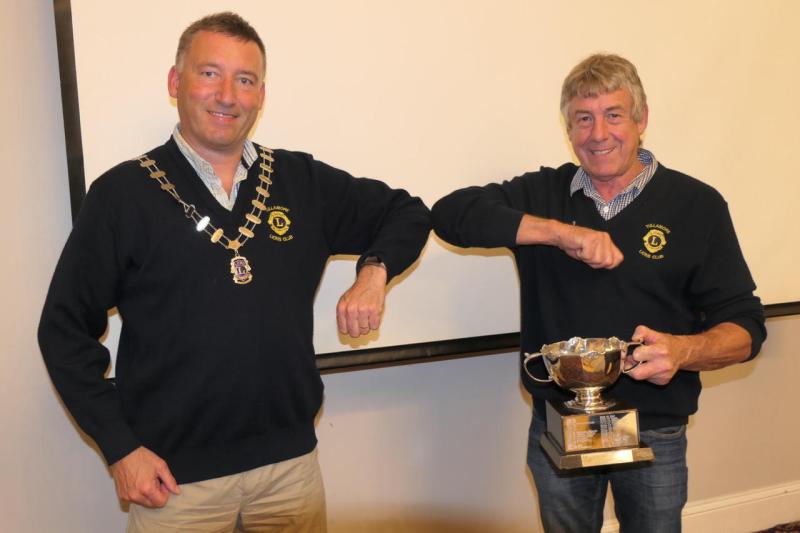 Tullamore Lions Club’s President for the coming year is Paul Cullen. Paul is a native of Cavan but has lived in Tullamore for over 30 years.

Paul holds Masters degrees in Engineering and Business Administration which he has put to good use in engineering and management positions throughout his career in the ESB. His work now includes the development of energy solutions using 100% green Hydrogen for the electricity and transport sectors as part of the ESB’s ‘Brighter Future’ vision for a world powered by clean electricity.

Club basketball has played a big part in Paul’s life in Tullamore. He met his wife, Paula, through basketball and as a player, a coach and as Club Chairman, he has contributed greatly to the growth, strength and stability of the Tullamore club. He has also contributed to the growth of basketball in the region through his involvement in Midlands basketball committees.

Paul joined Tullamore Lions Club in 2017 and was immediately struck by the vast array of projects the club is involved in. Like most people Paul was aware of the Annual Christmas Food Appeal, but remembers being blown away by the generosity of people when he took part in his first collection duty.He recalls in particular the lady who donated half of the food in her shopping trolly with the comment “I remember the Lions Club looking after my family when we were young”, a testament to the work of Tullamore Lions Club since it’s inception in 1975.

Over the years Tullamore Lions Club has been involved in many notable campaigns, but nothing has been on the scale of it’s campaign to raise funds for the Midlands Hospice Building Fund. The Hooves4Hospice project, initiated by Tullamore Lions Club, involves Lions Clubs in the Midlands, the Irish Hospice Foundation and the farming community working together to raise funds to build a 16 beds Level3 Palliative Care Hospice in the Midlands. (For further information see www.h4h.midlandhospice.ie ). The Midlands is currently the only region of Ireland that does not have a Level 3 Hospice. Given that the Covid - 19 pandemic hit the country just two weeks after the project was launched, the fact that over 340 animals have been signed up to date is an indication of the great support and goodwill there is towards this project. As is the case for everybody, Covid19 interfered somewhat with the progress of the project due to the limitations on meetings with farmers and with the movement of animals. However, the support from the farming community is all the more significant when we consider that many farmers are currently under financial and weather pressures along with the uncertainty of Brexit on the horizon.

The success of this project has resulted in the Tullamore club being awarded the Irish Lions Clubs “Club of the year” award. This is the first time the club has won this prestigious award and is a fitting tribute to the endeavours of the club under the outstanding leadership of immediate past President, Larry Fleming.

For the year ahead, the club will continue with it’s many projects including Hooves4Hospice, and will look to work with other groups and bodies right across the Midlands towards achieving the ultimate goal of having a Level 3 Palliative Care Hospice in the Midlands.