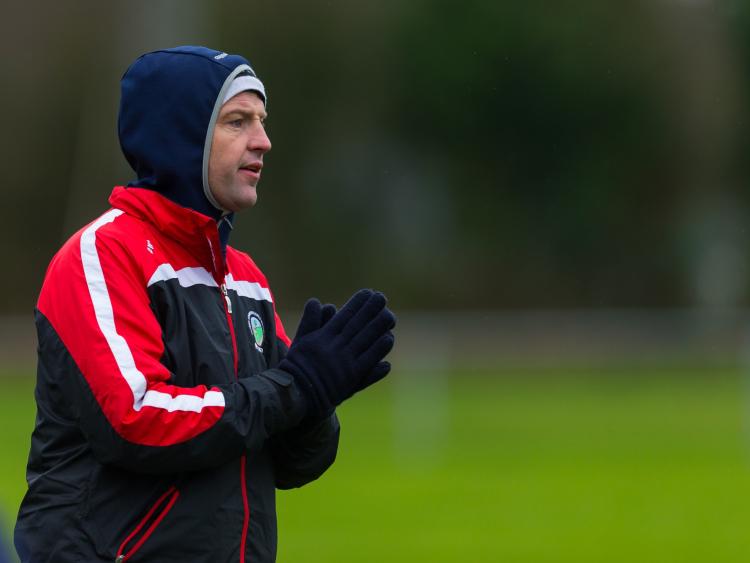 AN “old boys” network of sorts has rallied to the cause, putting their collective shoulder to a now powerfully moving wheel as Colaiste Choilm, Tullamore have embarked on a great run in the Leinster Colleges Senior “B” Football Championship.

Now in the final countdown to their Leinster final against a highly rated Cnoc Mhuire of Granard, Colaiste Choilm have been in great form and will approach it with quiet confidence even though fate has dealt them a cruel hand as they will be without two key players – full back Kieran Dolan has missed most of the campaign after a bad neck injury in a car accident earlier this year while Harry Plunkett broke an ankle in a warm up challenge game against senior finalists, St Joseph's of Rochfortbridge recently.

Shamrocks man Dolan was on the Offaly U-20 panel at the time of his injury while Tullamore's Plunkett would have been a key figure for Offaly minors this year. Obviously both have a lot of development to do but both are potential county senior players and the fact that a number of the Colaiste Choilm team have this potential shows the quality at their disposal.

The presence of Niall Stack as manager is a welcome development for the school. With a fellow former long time Tullamore senior footballer, James Buckley looking after strength and conditioning, it is a labour of love for the duo who form the management along with teachers, John Lydon and Ronan Farrell. Stack and Buckley sat their Leaving Certificate in the school in 1997 and both went onto play a lot of good football for Tullamore. Neither of them are teachers but they wanted to put something back into their alma-mater, to help football reach its potential in the school.

They had watched Colaiste Choilm win a memorable All-Ireland colleges senior “B” hurling title a couple of years ago and while they were delighted with that success, they wondered why football was not prospering in the school.

It was this that prompted Stack and Buckley to get involved and they enlisted a lot of back up support from many others outside the school, including several former students. Offaly football legend Matt Connor and former Tipperary and Tullamore footballer, John Keane (father to James and Sean Keane who played a lot of football with Stack and Buckley) came on board as advisors, attending games and giving the management their opinions afterwards.

“What I did differently was I tapped into clubs,” stated Stack last week, pointing out that they have players from Tullamore, Shamrocks, Kilcormac/Killoughey and the clubs in the Na Fianna (Raheen, Clodiagh Gaels and Ballinagar) and St Vincent's (Ballycommon, Cappincur, Daingean and Kilclonfert) underage amalgamation teams. With the impressive new school taking over much of their former playing facilities, Colaiste Choilm's pitch for training and practice is limited and John Hackett in Raheen and Niall Bryant (father of star forward Jack) stepped into the breach by helping to provide pitches.

“Raheen let us into Geashill when it was snowing one day,” smiled Stack while Padraig Pierce in Raheen was very good to them last year in a variety of ways. “Colm Cassidy (the hurling manager a couple of years ago) tapped into Ballinamere and Tullamore. I tapped into Tullamore a nice bit and the surrounding clubs.”

Paul Dillane in Tullamore gave them pitches and footballs as did Niall Bryant. Castle Paints and Fergal Smyth in Arramount Furniture gave sponsorship which gave all a timely boost and sense of being appreciated. Former students and Offaly footballers John Moloney and Eoin Carroll along with a star in the 1990s/2000s, Cathal Daly took training sessions or spoke to the players. Members of last year's South Leinster colleges winning side who have left the school, Bill Carroll, Ciaran Egan, Liam Dillane and Sean Beatty came back to help out.

It all helped create a real sense of community and comraderie and the benefits have been seen on the field of play.

It is Colasite Choilm's second year to show great promise at this level. They won South Leinster last year but fell just short of reaching the full Leinster final, a failing that they have remedied this year with what is essentially a new team – just four of last year's team are there this year, Oisin Keenan-Martin, Sean Courtney, Jack Bryant and Colm Leonard while Kieran Dolan would have been a fifth only for his injury.

Formerly Tullamore CBS and known with great fondness and simplicity as the “brothers” for generations of townspeople and their country cousins, the school has a great tradition of providing outstanding footballers but it has not always been seen with success. They won their only Leinster colleges senior “B” football title back in 1990 when they were still Tullamore CBS and had a really exciting side that included future Offaly senior football star, Ronan Mooney, a Laois footballer Derek O'Connell and the captain was an Offaly hurling hero in the 1990s, Kevin Martin.

When Stack and Buckley were in the school, they competed in the “A” championship and while they never reached the final, they held their own and put it up to some of the strongest schools in the province. Since then, the school have slipped back into “B” and have endured their share of dark days.

“Looking from afar, I was looking at the Brothers with a confused look as to why they were not going well at football with what I would have believed to be very much a football based area in terms of Shamrocks, Na Fianna, Vincent's, Tullamore with Kilcormac and Ballinamere/Durrow feeding into them. I couldn't understand why they weren't going that well.”

He observed how well they did in hurling a couple of years ago with a teacher and former Offaly and Kilcormac/Killoughey hurler Colm Cassidy backed up by outsiders such as Michael Duignan, Pat Cleary (both Ballinamere/Durrow) and Donal Beatty (Na Fianna) and he wondered could something similar work in football.

A garda detective based in Mullingar, Stack had returned from a two year peace keeping tour of duty in Cyprus and was eager to raise the bar. He had been involved as a sports psychologist with Tipperary senior footballers under Liam Kearns but wasn't doing much coaching on the club scene – he did return to playing with his adopted club Clodiagh Gaels and he won a Junior Football Championship medal with them. He believed he might have something to offer in terms of coaching and spoke to James Buckley who agreed to come on board.

“In the first year, I was enjoying it and he was enjoying it. There was a serious pool of talent there which clarified what I thought in the first place. With the encouragement of John Lydon, the two of us stayed and more or less became the management team with John and Ronan (Farrell).”

Niall Stack comes to the role with an impressive footballing CV. He was a fine club player in the 1990s, 2000s and on into the 2010s, winning an intermediate football medal with Tullamore in 1999, senior football ones in 2000, 2002 and 2007. A strong running, hard working midfielder with a great engine and fair physicality, he played in the losing senior football final of 2008 and wound down his career with his home club with a junior football medal in 2013 as well as a junior one after transferring to Clodiagh Gaels a couple of years ago.

By then management and coaching had loomed into his horizon. He was a coach and involved in the training side of things with manager John Rouse as Tullamore won a memorable Senior Football Championship in 2013 and around this period, he developed a powerful interest and passion in sports psychology – he was appointed as the Tullamore senior football manager this year, replacing Rouse who is part of the St Joseph's, Rochfortbridge management that take on Naas CBS in the “A” final on Friday.

“I realised immediately in 2013 that I wanted to further educate myself a bit in terms of strategies, dealing with players, motivating them and stuff like that. Even team cohesion, all the different elements of sports psychology interested me and I decided to start studying that.”

It was the start of a very hectic few years for Stack. He stayed involved with John and Tullamore in 2014 and 2015 before going to Cyprus and when he returned from there, he became sports psychologist for Tipperary in 2017. He enjoyed that but it also whetted his appetite for the coaching and management side of things. “Having watched Liam Kearns and coaches down there, it was the right path for me to upskill myself. I am not saying I want to be a coach or manager, I don't know what I want to be but definitely shadowing Liam Kearns and watching what he was doing, speaking to players all the time, this was something I felt I was interested in.”

He did a post grad in Dublin in sports psychology and then took it a step further by doing a masters of science course through a university in Stoke. It was a distance learning course but a time consuming full time one, requiring 30-40 hours a week on top of his day job and his family duties – married to Jenna, they have four young daughters from 2 to 12 years of age. A lot of his studies was done during his time in Cyrprus but looking back on it now, he doesn't know how he managed to juggle all the balls.