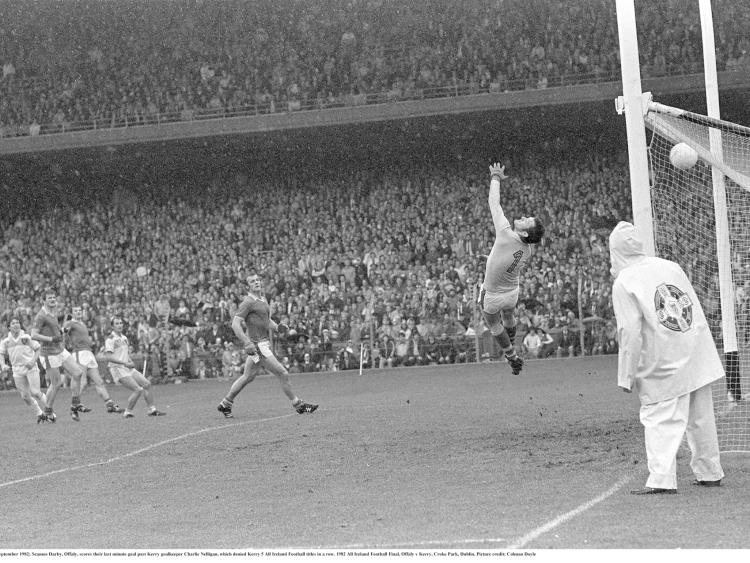 A WOMAN has been charged with dangerous driving and sent for trial in connection with a crash in which Offaly football hero Seamus Darby was injured.

A book of evidence was served by Garda Stacey O'Brien and on the application of Sergeant James O'Sullivan, Ms Fox was sent forward to the next sitting of Tullamore Circuit Court on November 17 next.

Ms Fox is accused of dangerous driving at Annaharvey on June 11 last year, causing bodily harm to Mr Darby and another individual under the age of 18.

Seamus Darby scored arguably the most famous goal in the history of Gaelic football, the late winner for Offaly in the 1982 All-Ireland senior football final which ended Kerry's bid for five titles in a row.