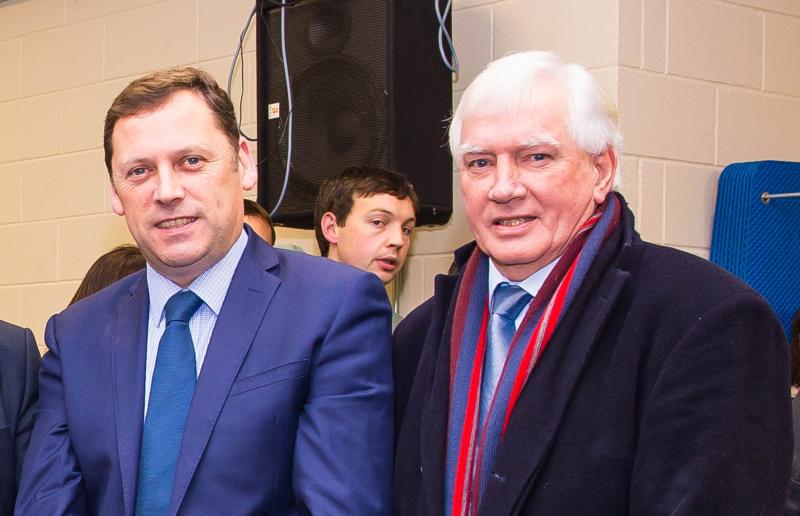 THE longest serving Fianna Fail member of Offaly County Council has said he suspects a party member revealed that Agriculture Minister Barry Cowen had been disqualified for drink-driving in 2016.

Minister Cowen was scheduled to make a personal statement in the Dail yesterday evening (Tuesday, July 7) in relation to the three-month driving ban and the fact he was still on a provisional licence at the age of 49.

Cllr Eamon Dooley, who was sitting on the council when Barry Cowen was first co-opted to the local authority to replace his brother Brian in 1992, said he had a “fair idea” who informed the Irish Independent about the incident.

He could not confirm that it was a senior member of the Fianna Fail party but said it came “from someone who had a grudge against” the Offaly TD.

“I'd say he was Fianna Fail alright but I wouldn't say he was a TD. I'd say he was never an elected member of anything. That's only my opinion, for what it's worth.”

Minister Cowen was stopped while driving back from the All-Ireland football final in September 2016 and found to be over the alcohol limit and still on learner permit.

Cllr Dooley said he did not think Minister Cowen was the only person driving on a provisional licence after many years and he knew people in that position himself.

“I suppose the confusion arose because to my mind he didn't explain well enough on [The Week in Politics] that he was driving on a provisional licence and if he had a full licence he could have gone about his business, he wouldn't be off the road.”

Because the TD was on a learner permit he was subject to a lower alcohol limit than full licence holders.

“It wasn't as if he was falling around the place or anything,” said Cllr Dooley.

The drink-driving laws provide for circumstances where learner drivers with a certain amount of alcohol (9 micrograms per 100ml of breath) in their system pay a fixed penalty and are disqualified for three months without going to court.

“Most people that would have two pints before a match and spend three or four hours at a match, you'd expect you'd be ok, you wouldn't expecting that you'd be [over the limit]. I wouldn't say it ever dawned on him that he was over the limit.”

Cllr Dooley expects the controversy to die down, even though “some fellows” keep seeking new ways to maintain it, whether it's by reference to travelling expenses, the status of the licence or speeding offences.

“It'll eventually run out of steam. If every fellow who was appointed held up his hand and said 'I had two pints and I drove home', I'd say we'd have very few ministers.”

Cllr Dooley said he did not know that his former council colleague, who remained a member of the Offaly local authority until his election to the Dail in 2011, had been disqualified.

“I heard a rumour at the time but I thought that's all it was, a rumour.”

He said he believed the new Agriculture Minister had been on a provisional licence for so long because he was just “letting it run and not bothering, being lackadaisal about it.”

Speaking on The Week in Politics on RTE on Sunday, Minister Cowen said he was not trying to keep the disqualification a secret and said he hoped other people would learn from his experience.

He confirmed he was driving on a provisional licence but was accompanied when stopped and tested by gardai in 2016. He did not say where he was stopped.

He said that had regularised his licence since but also confirmed that he had had previous matters with speeding.

He indicated he believed he should have disclosed the offence earlier.

“Maybe I should have stood up in the Dail and led from the front and acknowledged my stupid mistake. I was not trying to keep it secret. I was trying to get on with my job.”

Minister Cowen was expected to address the Dail after 8.30pm on Tuesday evening.