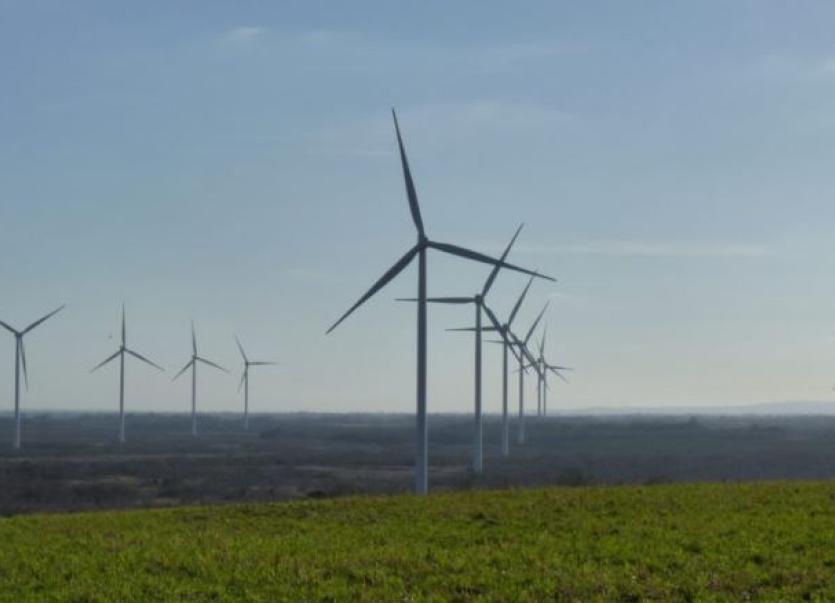 A SURVEYOR will be appointed to value a portion of the land on which Bord na Mona hope to build a wind farm in west Offaly.

Tullamore District Court heard the energy company has failed to locate the fee simple owner of land at Kilcamin which was acquired by compulsory purchase in 1949.

The owner of the turbary rights, a Patrick Mulhare, was compensated at the time but the owner of the landed estate was a John William Ball and his successors have not been found.

Judge Bernadette Owens was told that Bord na Mona needs to vest the land in itself so that it can progress a planning application for a wind farm.

In order to do that Bord na Mona must appoint a surveyor to value the property, Patricia Gallagher, BL, told the court.

Money is then paid into court so that if the true owner emerges at any stage that money will be paid out to them on proof of their title.

Ms Gallagher said she was making her application under Section 58 of the Land Clauses Consolidation Act, 1845 which provided for situations where either the true owner of land is absent or cannot, “after diligent enquiry”, be found.

Outlining the research Bord na Mona had done to find the true owner of the land, Ms Gallagher referred to a map and an affidavit dating from 1909 and said enquiries were made with the Land Commission in relation John William Ball.

Bord na Mona contacted Hoey & Denning, the solicitors for the Ball estate, but drew a blank and then carried out probate searches which revealed that Mr Ball was living in Kingstown, now Dun Laoghaire and was married to Caroline Lydia Ball.

Counsel for Bord na Mona said it appeared two of the children moved to England and were quite heavily involved in the armed forces and “one of them became quite a senior figure over there”.

Both had since died. The will of Caroline Lydia Ball made no reference to the lands in Offaly but the residue of her estate was bequested to three trustees to be sold and divided between children who were living at her death, except those who were trustees.

Ms Gallagher said one of them was a solicitor, Bernard Alfred Walker, and Bord na Mona contacted Mason Hayes and Curran, the firm which the Law Society said took over Mr Walker's firm.

Though Mason Hayes and Curran had probate records and wills of John and Caroline Ball, the enquiries again ground to a halt.

Bord na Mona did find another probate related to a son, William Henry Ball, who died on July 13, 1979 and from that they located a personal representative who was “presumably his son”, George Henry Ball.

His address was Shankill, Co Dublin and though a search was carried out to see if he was still alive nothing emerged.

Bord na Mona wrote to Mr Ball at that address but they have received any response so all of their enquiries have come to a blank.

Ms Gallagher said she was satisfied John William Ball was the true owner of the land's fee simple when it was purchased by Bord na Mona and she was also satisfied they had carried out diligent enquiries to find the successors.

Following the compulsory purchase on May 13, 1949, the land was in the possession of Bord na Mona and in active production for 70 years. It was part of the wider Drinagh bog.

It may have been thought that the owner of the turbary rights was the true owner, Ms Gallagher suggested.

In order for the planning application for the wind farm to be successful, she added, her client needed to be the registered owner of all of the lands.

The valuer to be appointed, a Mr Good, was experienced in these type of valuations and had dealt with matters for Bord na Mona in the past, she said. He was not present and needed to come to court at a later date to make a declaration.

Judge Owens said she was satisfied Bord na Mona had made efforts to notify Mr Ball's successors in title and Mr Good could be nominated as the appropriate land surveyor to complete the valuation. She adjourned the matter to July 20.

Bord na Mona has applied to An Bord Pleanala for permission to build a 21-turbine wind farm on land to the east and west of Derrinlough briquette factory.

It proposes to locate 10 turbines in the Drinagh part of the site, to the east of the factory, and 11 more to the west at Clongawny bog.

The main road from Cloghan to Birr passes through the site of the proposed wind farm.

Bord na Mona say the maximum capacity of the wind farm will be 85MW and the turbines will be 185m high. The nearest house to a turbine will be 750m.

About 18km of road in the wind farm will be open for public use and Bord na Mona say they will provide about 6.5km of local amenity links with a future connection to Lough Boora Discovery Park and the proposed Whigsborough Amenity Walk.