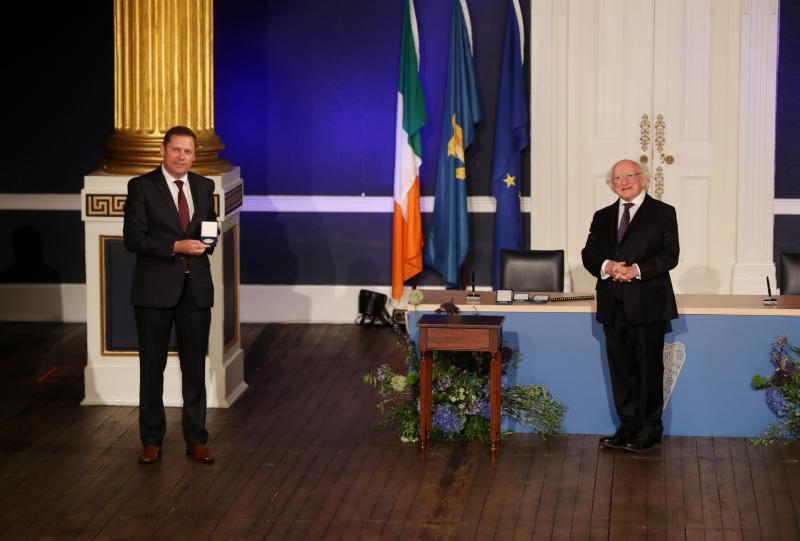 THE appointment of Barry Cowen to a senior cabinet position is a “heartening result' for Fianna Fail locally, the Chairman of the party's Tullamore Comhairle Dail Ceantair, P.J. Lynam has stated.

“It was a great day for Tullamore town and the Midlands", said Mr Lynam who added the area “has felt the loss of not having a Minister representing it in the Dàil.”

“Since the days of former Taoiseach Brian Cowen there has been a sense of neglect and Tullamore has been an oversight,” claimed the FF chief in a statement issued to the Tullamore Tribune this week.

“Brian did so much for the town during his leadership,” he added.

He continued: “Barry's role as Minister for Agriculture is not just for the Midlands, he is the Minister for the entire country in this sector. Barry has drive and determination to improve economics and at the same time be agriculturally efficient and is excited to take on this challenging position.”

The statement added: “From one of Ireland's political dynasties, Barry's late father Ber Cowen was a TD, Minister and Senator and his brother, Brian rose to the position of Taoiseach. Barry has long represented the needs of the Offaly people. For the past two years, he has championed tirelessly for the Bord na Mona workers and has been spokesperson on portfolios from Social Protection to Housing, Planning and Local Government to most recently,  Public Expenditure and Reform.”

Mr Lynam noted that the new Agriculture Minister was charged with major responsibility during negotiations for Government formation, “an early indication of his high standing in the party”.

Concluding Mr Lynam, on behalf of all members of Fianna Fàil CC Tullamore LEA, offered his congratulations and wished Minister Cowen, his wife Mary and their family “the very best”.

He assured the new Minister of the continued support of a “very proud Offaly Fianna Fail”.