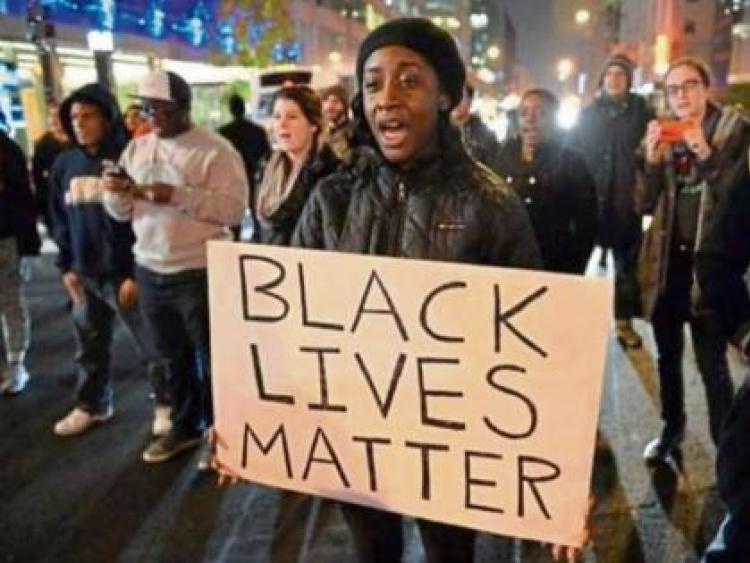 THE Black Lives Matter solidarity protest is to go ahead as planned in Tullamore today [Saturday] despite calls from local politicians for its cancellation due to the Covid pandemic.

Aoise O'Dwyer, one of the organisers, said they were “fully aware of the concerns around safety which is precisely why those who are planning on attending have been asked to wear face masks and respect social distancing.”

“Those experiencing symptoms or who are in high risk categories have been asked not to attend,” she added.

The demonstration will take place in O'Connor Square from 2pm to 3pm.

At Thursday's meeting of Tullamore Municipal District councillors appealed for the demonstration to be called off in light of the Covid-19 crisis.

Cllr Ken Smollen said while all agreed what happened to George Floyd in the  U.S. was “completely wrong it would be totally inappropriate for us [the council] to keep quiet” about a protest during the Covid -19 pandemic.

He proposed the council officially contact the organisers of the protest asking for it to be called off.

“We have been in lockdown for months and we don't want to be sent back to where we were,” he stressed.

Cllr Tony McCormack said it would be an “awful shame to see all the hard work put in by the people of Offaly staying in their homes and social distancing” being squandered.

He added that there were ways of protesting other than by organising a demonstration.

Director of Services, Tom Shanahan said he didn't think the council had a role to play as it was a matter for the Gardai.

Cathaoirleach Cllr Danny Owens said he presumed the matter had come to the attention of the Gardai and they would deal with anything untoward.

The demonstration is being organised by local people and residents of the Tullamore Direct Provision centre in collaboration with the Movement for Asylum Seekers in Ireland (MASI) and the Offaly Pro Equality Network (OPEN).

MASI is a non-profit grassroots organisation working and advocating for the rights of refugees, asylum seekers and migrants.

OPEN was set up to ensure that everyone living in Offaly is welcomed and included.