"The bravest person we have ever known." 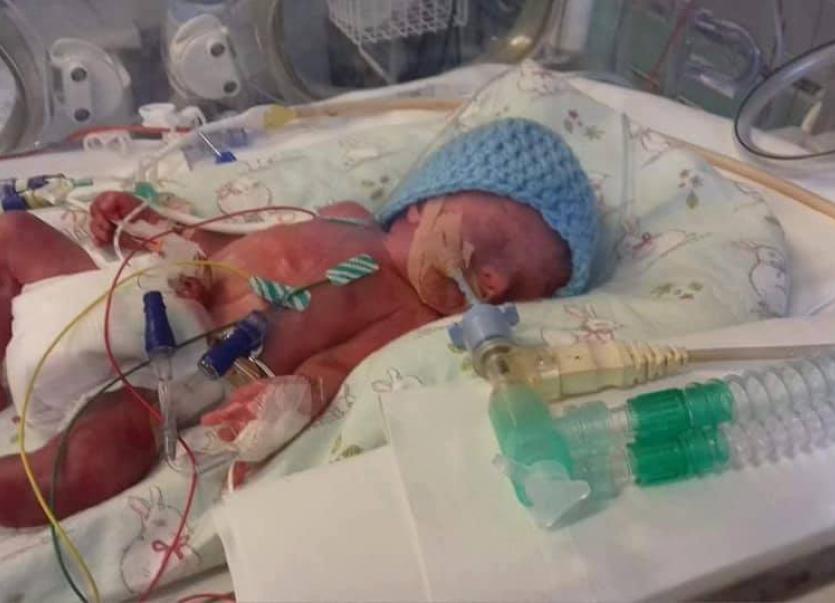 HE was once given just a 15% chance of survival, but brave little Nathan will celebrate his second birthday on Sunday, June 14.

A son of Tullamore man Martin Connolly and Emma Flemming, who is from Ballyjamesduff, the youngster was born 15 weeks premature and for 12 weeks after his birth he was on oxygen support and NG (nasogastric) tube feeding.

The family live in Moate and they have paid tribute to the “caring hands” of staff in Ballinasloe, Galway University and the Rotunda hospitals for ensuring the baby “came out on the other end fighting”.

Martin says Nathan is now a lover of music, a youngster who adores animals, and a boy who has so much energy and happiness “he is a burst of life on any gloomy day”.

“Nathan loves his big brother (Michael) and is in his element on a patch of grass with his hands on a football, or tennis ball, or hurl, whichever he can grab first,” said Martin.

“He loves cheese but loathes watermelon.”

The parents are delighted to say there are now no signs of long-term repercussions from Nathan's early birth.

“Nathan is a happy growing toddler, ready to take on anything,” added his father.

“Our little warrior, who held on through everything. The bravest person we have ever known.”