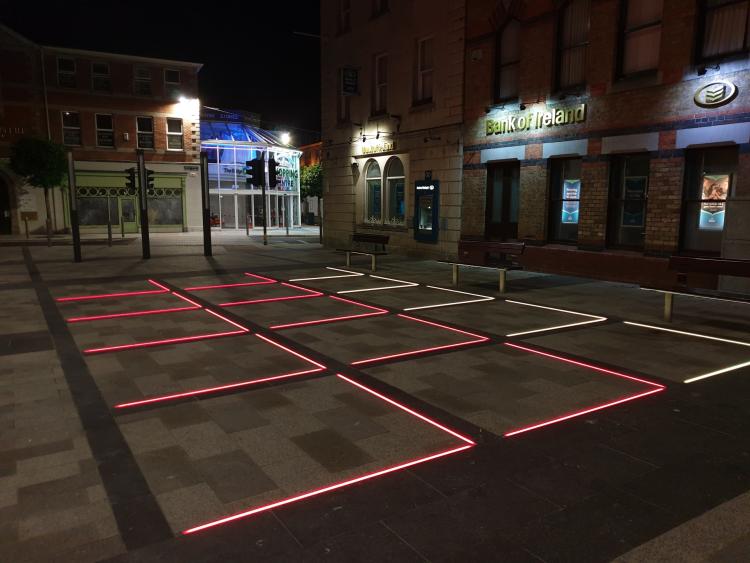 The multi-coloured LED (light emitting diode) lights were installed in the newly paved and pedestrianised northern section of the square.

This plaza area runs from the Bank of Ireland corner on Bridge Street to the Permanent TSB close to the library and is bounded at each end by six pillars, three of which were lit up on Thursday night.

The pavement lighting strips are in a variety of colours, including red, white, green and blue.

A brief for the square published by Offaly County Council last year explained: “A new public space at O’Connor Square will provide a greatly improved image of the town centre when approaching from all directions.”

The O'Connor Square work is part of a €3.6m street enhancement scheme. Work is continuing on William Street.