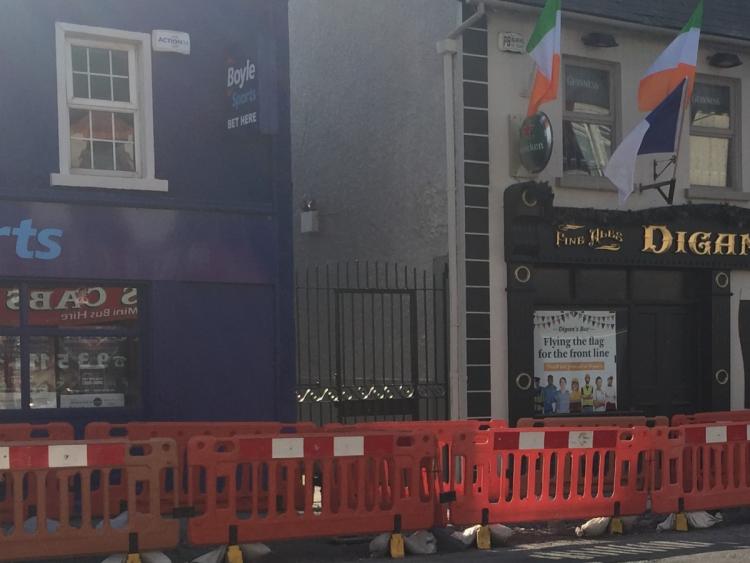 WORK has resumed on the Street Enhancement Scheme in Tullamore following the easing of Covid-19 restrictions.

He said the under-grounding of cables would be carried out in tandem with other works at Upper William St.

The Area Engineer revealed that work would also commence at the roundabouts on the by-pass on Tuesday of this week.

Mr Connelly added that his section had been working on the roads programme, including the finalising of tenders and the appointment of contractors, during the Covid-19 restrictions period.

He revealed that work on footpaths at Pearse Park and Park Avenue will be carried out in the coming weeks as that scheme also resumes.

Cllr Sean O'Brien welcomed the cutting of grass in Arden View, Pearse Park and Marian Place but said that strimming was badly needed on margins.

Mr Connelly said the grass cutting programme will continue in the coming weeks and agreed that strimming works were needed. However, he revealed that the council was short staffed at present.

Cllr Danny Owens welcomed the pothole filling programme which had been carried out in recent weeks while Cllr Neil Feighery noted that “great work had been done on roads in the past few weeks.”

He renewed his calls for safety measures to be carried out at Brocca road in Mucklagh but expressed concern that the local community may have to make a financial contribution to the works there.

Cllr Declan Harvey called for work to be carried out on footpaths in Thornsberry Estate and Callary Street.