Offaly golf course to become farmland after lease falls through 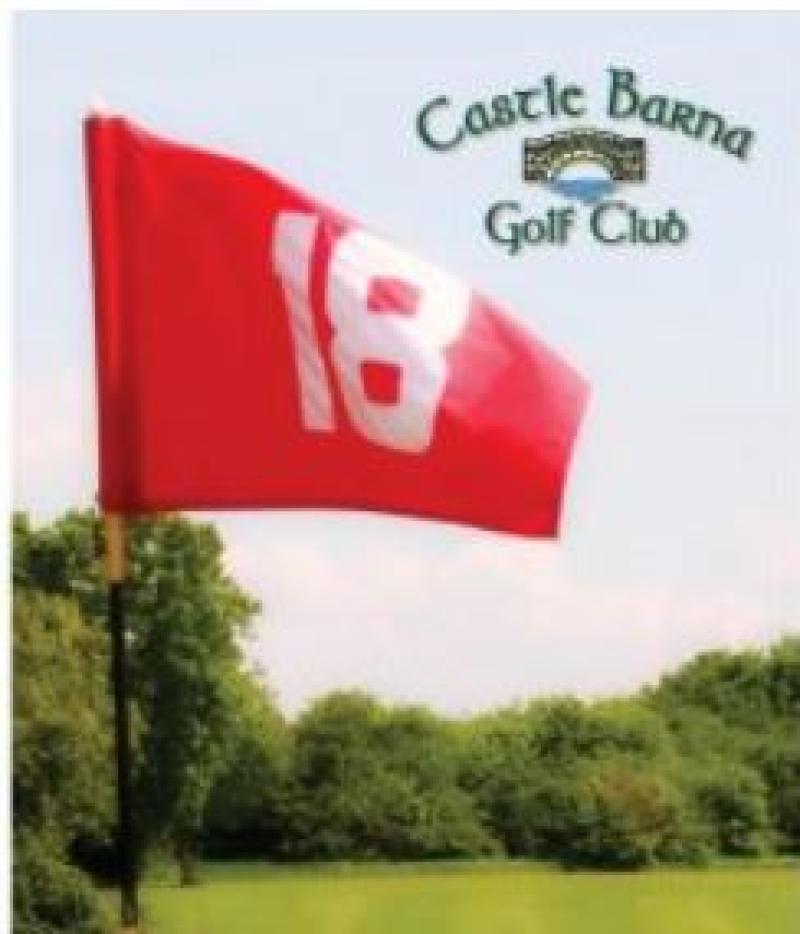 CASTLE Barna Golf Club in Daingean is to revert to agricultural use after the owners and membership were unable to reach agreement on proposals to lease the course.

Developed by Kieran and Evelyn Mangan on land beside the Grand Canal on the Edenderry side of Daingean in the early 1990s and officially opened in September 1992, Castle Barna Golf Club proved to be very popular. It attracted a decent sized membership from the north Offaly area as well as counties Westmeath, Laois, Kildare and Meath – the membership also included some Dublin residents, who were attracted by its gentle terrain and value for money deals.

A privately owned course but with members forming Castle Barna Golf Club and taking charge of all golf competitions and inter-club events (including their own Castle Barna Shield), the club had survived the golfing recession that affected many clubs and resulted in several closures after the collapse of the Celtic Tiger in the 2000s.

Kieran and Evelyn Mangan told members earlier this year that they were retiring and offered them the chance to lease the course. Negotiations took place over a number of weeks and the membership held a number of meetings with a view to taking over the running of the course.

Representatives of Millicent Golf Club near Clane attended one meeting where they told Castle Barna members of some of the challenges involved with taking over a privately owned course and running it as a members’ concern – their members had reached agreement to lease the course from the Killian family in September 2017 and have ran the club since then.

Taking over the course would have been a daunting prospect for the Castle Barna members as in addition to the yearly lease fee, they would also have had to take over course maintenance and the club house – the staffing and running costs of these would have been substantial.

While Kieran Mangan and the club did not go into specific details when contacted for comment this week, it is believed that the lease fee was among the stumbling blocks that led to negotiations falling down.

Both Kieran Mangan and Castle Barna Golf Club mens’ captain, Andrew O’Neill confirmed the closure of the course on Monday – it officially closed on April 1 and all golf courses are currently out of action due to the Covid-19 crisis.

Kieran Mangan confirmed that the land on which the course is situated will be returning to its agricultural roots. He blamed the Covid-19 crisis for the breakdown in negotiations and talked about the challenges facing golf clubs at the moment.

Mr Andrew O’Neill declared: “Unfortunately the committees were unable to come to a deal with the owners on the leasing of the club. As Kieran will say in his statement, a formal meeting was held for all members with a very positive outlook. As a result of this, an executive committee was formed to investigate further. This executive committee worked very hard over a seven week period until the closure but it was not to be.”

Mr O’Neill stated that they would not be making any further statement at this time as they haven’t been able to meet the membership to disclose all findings and conclude everything because of the Covid pandemic.

He did say, however: “I am greatly saddened by the closure of our club. It was a hidden gem of the midlands and known by clubs all over for its super hospitality and friendly atmosphere. It will be missed very much not only by its members but also by the community of Daingean.”

Kieran Mangan stated that Castle Barna has closed its doors permanently and outlined that him and Evelyn had their retirement planned for some time and were “looking forward to finally being able to step back from the business and take some time for ourselves.”

He elabourated: The plan was to lease Castle Barna golf course and clubhouse to the committee as a going concern as we had a great working relationship with them so it would be continuity rather than change.

“Discussions began in January 2020 with committee and a general meeting of all members was called. This meeting was held in Daingean Town Hall with a huge crowd in attendance.

“Despite Castle Barna implementing the social distancing guidelines as set out by the Government, as restrictions increased, the clubhouse restaurant and course was closed as recommended by the HSE and GUI.

“This has a devastating effect on all Golf Courses as maintenance still has to be done year round, though now without any income during the peak season.

“It was not possible for the committee to progress the lease in light of the Covid pandemic. This is understandable as the economic year ahead shows so much uncertainty.

“There are a couple of factors working against golf in particular:

“ * Most golf societies are pub based and these societies are not going ahead for 2020,
“ *Golf Members have lost 3 months of playing time,.
“ *International tourism numbers will be drastically reduced in Ireland this year and many family functions such as communions and confirmations and birthday partys have been lost/postponed due to the Covid-19.”

Mr Mangan went on: “These lost bookings are affecting all golf clubs, not to mention other small, medium and large businesses across the country.

“Refunds have been issued to society bookings and members whom had paid in advance, and all suppliers have been paid.

“We have been blown away with the support and understanding we have received from all sectors, with hundreds of good luck wishes and thank you cards from all over the midlands.

“So Castle Barna has closed its doors and will return again to its agricultural roots.”

He concluded: “We wish to thank our staff for their great dedication and our hundreds of customers from far and near.

“To our loyal customers who have given us 3 decades of support, thank you for the memories and we hope to see you continue to play golf, join new clubs and get the same enjoyment as they had at Castle Barna.”

The collapse of the negotiations and the closure of the course has been greeted with considerable disappointment and annoyance by members. It is also a big blow to the local economy and the town of Daingean and will also result in the loss of employment as the club had workers to maintain the course and look after the club-house.

The club also will be missed by societies and visitors who paid green fees. Like most private owned clubs, the proprietors took charge of running the clubhouse and course while earning revenue from green fees, societies and the yearly fee that members paid. They had an attractive club house with full dining and changing facilities and it has been part and parcel of life in the midlands for almost three decades.

The members looked after all golf affairs, electing their own captains and officers while they had developed a booming juvenile section in recent years. It is understood that the Golf Clubs (mens’ and ladies clubs) had some money in their accounts to cover their yearly costs and fees and they will now have to decide what to do with this.

A parkland course with a par of 72, the course was an attractive one, featuring lakes, bunkers and mature trees. They offered some enticing membership deals in recent years and the majority of their membership will still want to play golf, which should benefit other clubs in the area.

New Forest Golf Club near Tyrrellspass, Tullamore, Portarlington and Edenderry Golf Clubs and perhaps Esker Hills in addition to ones in other counties may all get former Castle Barna members – while they will all be saddened at the loss of a club that has been such a part of the golfing scene, they may offer deals to get new members.