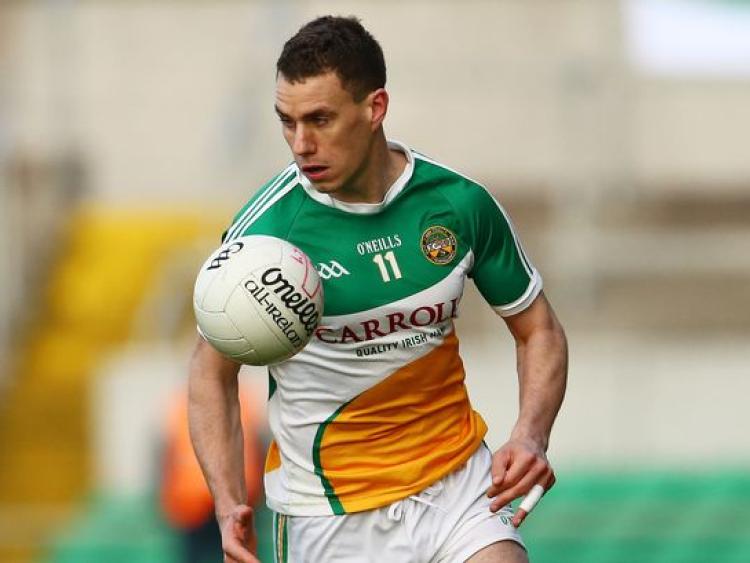 There was some positive news last Thursday night on the Offaly football scene when Niall McNamee made a return to action in a challenge game against Limerick in the Faithful Fields.

McNamee has been out of action since last September following a head injury sustained against Clara, playing for his club Rhode in the Senior semi final.

McNamee had been on the sidelines with the team in recent weeks but the latest development actually saw him come on to the field of play in the second half and play a part in Offaly's win over Limerick.

It is unclear how much the Rhode man will feature in the coming weeks or months but it's just great to see him back on the field of play after such a long absence.

Offaly take on Tipperary this Sunday in a must win league game down in Thurles but it would be a surprise to see the Rhode man involved in a competitive game this soon.

Offaly's loss to Down in the last round has put them into the scenario of needing to win their final two games over Tipperary and Derry to have any chance of staying in the promotion hunt.

John Maughan and his management will be mindful but to rush the star forward back with his health and well being the number one priority at the moment.

Sunday's game against Tipperary will be followed by a home clash with Derry to close out their regular league campaign.
After that, Offaly have a first round clash with Carlow in the Leinster championship and after a toss for home advantage, the game will be played in O'Connor Park on the weekend of Saturday 8th or Sunday 9th of May.

That is the same weekend that the Offaly hurlers are due to be at home to Derry in the opening round of the Christy Ring Cup and a double header would be great for both teams.

That game against Limerick last Thursay night also saw the introduction of two of the brightest prospects in the County as both Cathal O'Donoghue of Kilcormac/Killoughey and Shamrock's Jack Bryant come off the bench in the second half to make their senior bows.

Both men were key figures for the Offaly U20's this year but again, neither player is expected to be thrown in at the deep end with both sitting their Leaving Cert this year while Bryant is still involved with his school Colaiste Choilm as they look to land a Leinster Senior 'B' football title.

The Tullamore school beat Castleknock in the Leinster semi final onTuesday 4-9 to 3-5 to set up a Leinster final against Granard of Longford which looks set to be played next week.

Goals from Emmet Curley, Cormac Egan, Luke Egan and a penalty from Bryant set them on their way against a Castleknock side who were forced to line out without their own star forward Luke Swan due to Dublin still being involved in the U20 championship.