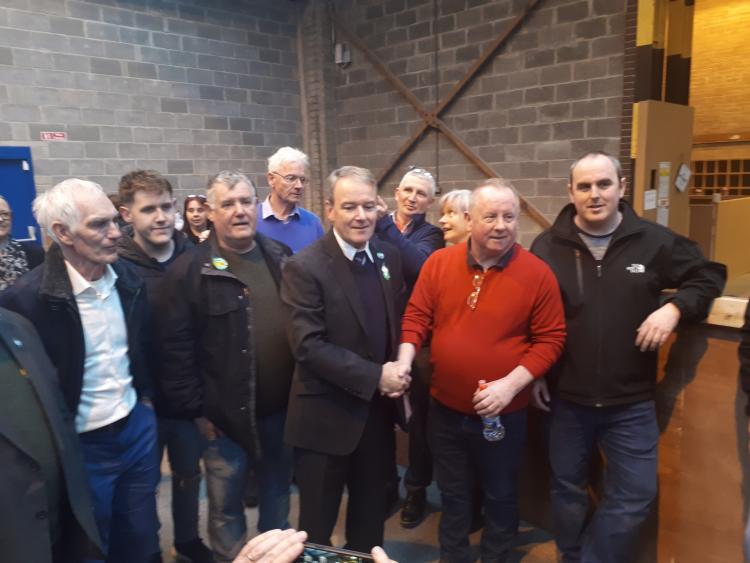 "Overwhelmed," was the reaction of Sinn Féin's Brian Stanley to the tally figures which put him in pole position at 16,319.

"It's a huge day for us. I felt we were doing well from Ballylinan to Banagher and Rathdowney to Rhode, but I did not see the scale of this victory. It's a great day for the party."

As to the composition of the next government, he said it was a case of seeing how it worked out from here.

"Sinn Féin's preference is to be in a left of centre government. We want to be in power.
"Micheal Martin and Leo Varadkar are still denying the reality of it. That's fine if they think they can do it. But we do want to be in the middle."

Sinn Féin's success was based on "years of hard work by the organisation. It's important to listen to people and particularly the people not doing so well. We really communicated our message well across this time. There is no point in telling people the economy is going well, if their week's wages are running out on a Monday or Tuesday and they have to wait until Friday or doing long commutes to work.

Stanley hit out at sections of the national media that "tried to do a hatchet job on us, particularly in the last days of the campaign.

"The reality is people do not depend on the mainstream media as much anymore. People make up their own minds rather than been told what to do by the Dublin 4 know-alls.

"At the last election in 2016, I was accused of presiding over murder. People made up their own minds. "The establishment parties and sections of the media closely allied to them have failed. People are not fooled by their propaganda."