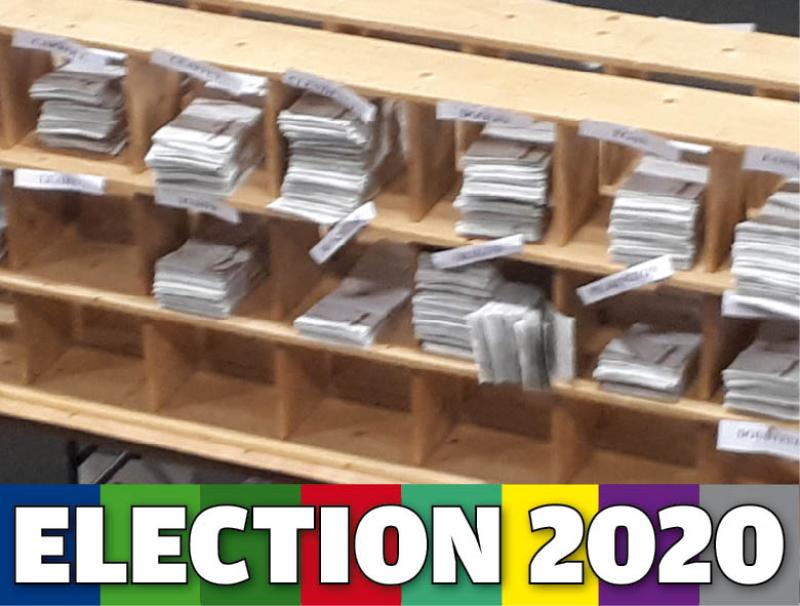 Predicting the weather in Ireland is a tricky enough past-time. Winds change without warning and, instead of waking up to a clear, calm day, we are bracing ourselves for an onrushing storm.

Predicting how Irish people will vote in a general election is an equally difficult endeavour.

Some get the wind firmly in their political sails and they will ride that wave as far as they possibly can.

Others find themselves in calm waters and navigate a slow and steady course to avoid all storms that may unexpectedly appear on the horizon.

The unlucky ones find themselves in choppy waters, surrounded by dark clouds and have to work frantically just to keep their once buoyant boat afloat.

Whatever the weather brings this Saturday, and it looks like Storm Ciara will begin to hit with polling stations still open, the storm in South Offaly will ultimately decide the final seat in the Laois/Offaly constituency. And ultimately the seat might be filled further north than some might think.

Political pundits and bookmakers alike all agree that four of the five seats in Laois/Offaly will be filled by outgoing TDs. Sinn Féin's Brian Stanley, Fianna Fáil's Barry Cowen and Sean Fleming and Fine Gael's Charlie Flangan will most likely be returned to Leinster House. This of course is not a foregone conclusion but, barring a major surprise, this quartet should be relatively safe. If there is to be a surprise, it could be for Charlie Flanagan who previously lost his seat to Tom Parlon in 2002.

Which brings us to Offaly and a unique situation where four experienced politicians are battling against each other in a relatively small and less well populated part of the constituency.

It is rare that one area is loaded with such a collection of strong candidates.

There are two outgoing TDs and two councillors who were each elected on the first count in last year's local elections.

After first getting elected to the Dail in 2011, Fine Gael's Marcella Corcoran Kennedy comfortably held her seat in 2016 when Offaly was hived off from Laois for the first and only time.

Carol Nolan, then of Sinn Féin but now Independent, took the third seat in Offaly in 2016 holding off the challenge of Fianna Fáil's Eddie Fitzpatrick.

John Leahy has twice run in the general election garnering a significant vote each time. In 2016 he was only 208 votes behind Carol Nolan after the first count but proved not to be as transfer friendly and eventually ended up fifth in the three seater constituency. Last year, however, he topped the poll in the Birr electoral area with a massive 2,277 votes, the largest of any candidate in the county.

Fianna Fáil's Peter Ormond, the only newcomer to a national election, was also elected on the first count in the Birr electoral area last year with 1,729 votes. While significantly behind John Leahy, it was the second largest vote gained by any candidate in the county.

So, you ask, where does all this leave the battle for the fifth seat? Your guess is probably as good as ours.

READ NEXT: Who will Edenderry vote for? The mystery that could decide Laois-Offaly

While each candidate is a proven vote-getter, they each have their own hurdles to overcome.

Marcella Corcoran Kennedy is part of a government party that is slipping in opinion polls and the impending Bord na Móna job losses in her own back yard will not help her re-election bid. She does however have the benefit of being the only Fine Gael candidate in Offaly. That might yet be her trump card.

Carol Nolan was elected for Sinn Féin in 2016 but left the party in 2018 over the party's support for the abortion referendum and is thus shorn of that political machine and the county wide reach such a machine generates. She has been very active on the ground since her election and that involvement will stand to her when votes are cast on Saturday.

Similarly John Leahy, once leader of Renua, is plotting an independent course this time around. He has done so before in 2011, where he also performed strongly, but he has to reach the electorate across Offaly and even parts of Laois if he is to turn a very solid base into a winning foundation.

For Peter Ormond, his challenge is to turn local success into a national seat and the challenge for his party is to manage the Fianna Fáil vote better than it has in recent elections. In 2016 in Offaly, the party got 36% of the vote in Offaly but only filled one of the three seats with Eddie Fitzpatrick ultimately losing out by just 170 votes. Better management of that vote would have seen the Portarlington man join Barry Cowen in Leinster House. If Fianna Fail can avoid a 28% to 8% spilt, like was the case in 2016, they are in with a chance. If that repeats, Ormond will likely have too much ground to make up when the transfer battle begins.

So again you ask, where does this leave the battle for the fifth seat. Again we say, who knows? It really is too close too call and there is no guarantee that one of this quartet will get the final seat even though their battle against each other will decide the outcome.

The scenario could arise where each of the four polls relatively well and none gets elected. If this happens, it opens the door for others.

Green Party Senator Pippa Hackett is the only candidate based north or east of Tullamore. If she can maximise her vote in her area, there is a possibility the quartet in South Offaly could effectively hold each other back by splitting the available votes four ways. While there doesn't seem to be the same massive ground swell behind the Green Party as there was in 2019, Pippa Hackett proved to be very transfer friendly in last year's local elections and a repeat of that could see her over the line and into the Dáil.

An outsider with cross border appeal is Ken Smollen of the Irish Democratic Party. His Ken Smollen Food Appeal is widely known across both Laois and Offaly and he got over 1,000 first preference votes in last year's local election in Tullamore. A fractured field to his south could benefit him greatly.

While there are knowns and unknowns, possibles and probables, one thing that is certain is that a second Offaly candidate will emerge from the pack to take the fifth seat. Ultimately it will be decided on Saturday when the votes are cast right across the country.