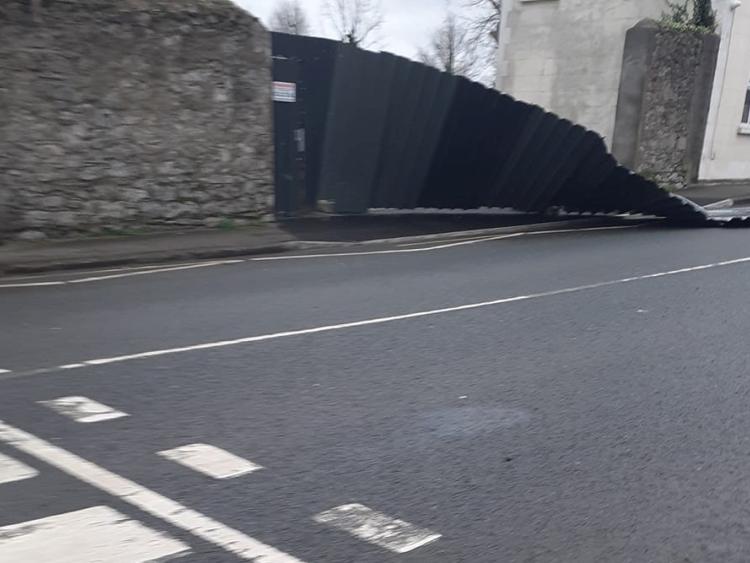 Storm Brendan has started causing damage across the country, including in Clara, Co Offaly, where a steel gate has been blown down.

The hazardous incident occurred on Frederick Street across from Erry Mill shortly after 10am on Monday.

A picture of the gate was posted on social media by a concerned resident and was quickly removed and secured by the owners.

The gate was blown onto the road but no one was injured and no vehicles were damaged.

Met Éireann has a status orange warning in place across the country until 3pm with winds expected to be worst inland from 12 noon until 3pm.

Caution is advised on all roads due to the risk of fallen debris and trees.