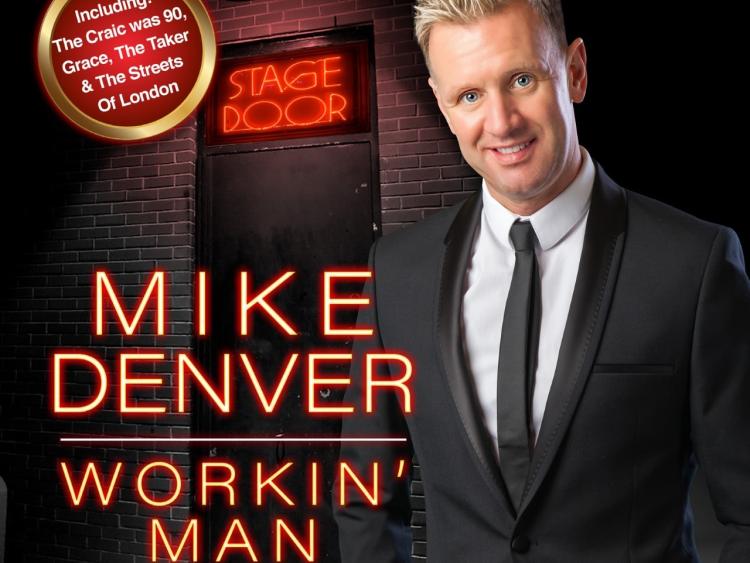 Host of country stars set for Entertainment Awards in Tullamore

If you're a music fan in the midlands then it's really going to be a case of Christmas coming early this year. As early as November 4, in fact, because that's when the Irish Entertainment Awards will be rolling into the Tullamore Court Hotel.

The line-up for the event, which will be hosted by Joe Cooney from Midlands 103, includes some of the biggest names in Irish country music such as superstar

Mike Denver and rising star Sabrina Fallon, international recording artists of renown such as Foster & Allen, folk heroes the Dublin City Ramblers, and Eurovision winning legend Charlie McGettigan. For Sabrina, the invitation to perform on such a bill is an honour in itself, and if an award comes her way as well, that will be a bonus for the Portumna woman.

"I love nights like these, when you have such a variety of artists - unbelievable artists - playing on the same show. I love it both as a performer myself but also as a fan. As a performer, being around so many other amazing artists is always inspirational and you can always learn something from seeing them in action.

"And it's a brilliant chance just to meet these artists too, and get to have a bit of a chat with them because it's not that often that everyone's paths will cross. As a fan, I'm absolutely in my element I'm going to enjoy every minute of the whole night. If I'm lucky enough to win an award into the bargain, I'd be delighted. That would be icing on the cake to what's been a great year for me."

Also performing on the night are Stephen Rosney and The Back Axles band, fresh from their recent sell-out show in Moate's Tuar Ard theatre, which featured Grand Ole Opry regulars Mike Scott and Travis Wetzel as special guests. While also up for an award on the night, Stephen, like Sabrina, is looking forward to the chance to perform more than anything.

"I think that's the thing about most artists, we all just want to be up on a stage, singing our songs and playing our music. And most of the time where that stage is or what the occasion is, can be the last thing on your mind. Because you're doing all this for the love of the music, first and foremost.

"But to get the chance to play at an event like the Irish Entertainment Awards, that is a bit special, I have to say. And we're very honoured to be nominated for an award as well. So myself and the boys in the band, we're all very excited about November 4 coming around and being part of what should be an amazing night for music, and of music, in the midlands."

The Irish Entertainment Awards, in association with Keltic TV, Midlands 103, Spain AV, and Whelans, take place in the Tullamore Court Hotel on November 4. Tickets are just €30 and are available from hotel reception on 057-934-6666.