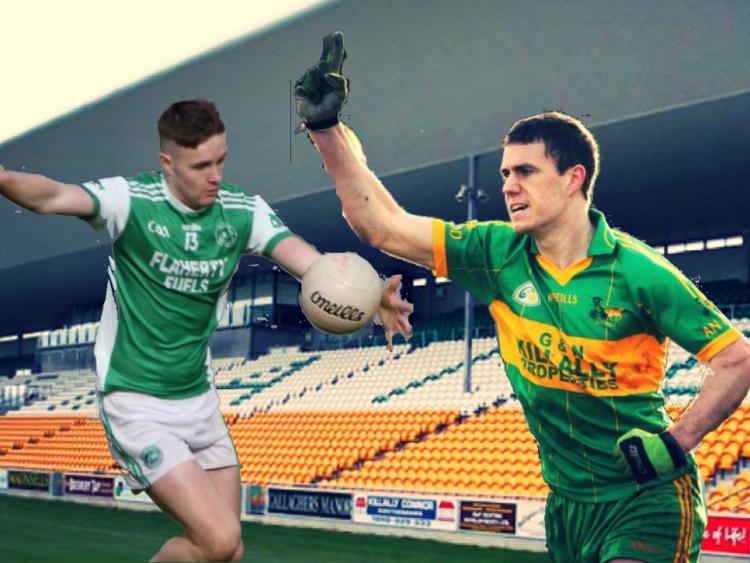 This Sunday's Offaly Senior Football Championship Final pits the young guns of Ferbane against the old guard of Rhode. The game throws in at BNM O'Connor Park at 3.30pm on Sunday afternoon.

Rhode are the wise heads in this one and if experience counts for anything in the heat of battle, the village club certainly has the know-how and guile to get over the line once again.

They have dominated Offaly football for the best part of this decade and they have appeared to belie their ageing teamsheet in the last couple of years in particular.

It has been said in past seasons, and it is once again suggested that this Rhode team is one in decline. Niall McNamee, however, seems to be having a renaissance in the forward line and will return to John Maughan's county fold next month. He is still the talisman and the battle between himself and Ferbane hot-shot Cian Johnson in the opposing forward line will be the talk of the stand.

Rhode started this year's championship with a defeat to old rivals Edenderry - on home soil too. It would have been a mild shock, not least in the evergreen village itself, but they recovered well to record a 10-point win over Shamrocks on their second outing but were made to work hard for a two-point win over Tullamore on matchday three.

Tullamore later found themselves in a relegation scrap despite having the same amount of points as Rhode at the end of the round-robin phase. The criss-cross format and run of results on the final day meant Rhode's defeat to Sunday's opponents Ferbane was immaterial as the green and gold marched straight to this semi-final stage.

Ferbane themselves had to be patient as they grew in stature as the championship progressed over the summer. An opening day defeat to Clara put them under pressure but they won the next day, as expected, against the struggling Cappincur, and piled the misery on Gracefield with a comfortable 18-point win in their third game.

The key result from that stage was their historic 1-9 to 0-8 win over longtime conquerors Rhode. It is perhaps that last game that will give the men in green and white the belief that they can banish the final pain of the last few years in 2019.

It was the proverbial monkey off their backs and they grew into the campaign well, suggesting they are plotting to peak in October. A quarter-final win over Shamrocks followed and their six-point semi-final win over a much-fancied Edenderry outfit suggests they are primed for battle.

Rhode outfoxed Clara in the semi-final and for all the talk of their stuttering start in the round-robin phase, they have once again made it this far and it's hard to bet against them in a final.

However, Ferbane have been building something special at underage level for the last few years and the talent is showing and confidence is high. Joe Maher's outside-of-the-left-boot point from the sideline against Edenderry in the semi-final in testament to that; a team bristling with self-belief.

They have proved to themselves this year that they can beat Rhode and after years of heartbreak, this Ferbane team looks ready to shine. It would be an incredible feat if they were the men climbing the steps of the stand in O'Connor Park on Sunday to raise the Dowling Cup aloft for the first time in 25 years.

VERDICT: Ferbane to edge it against the odds.