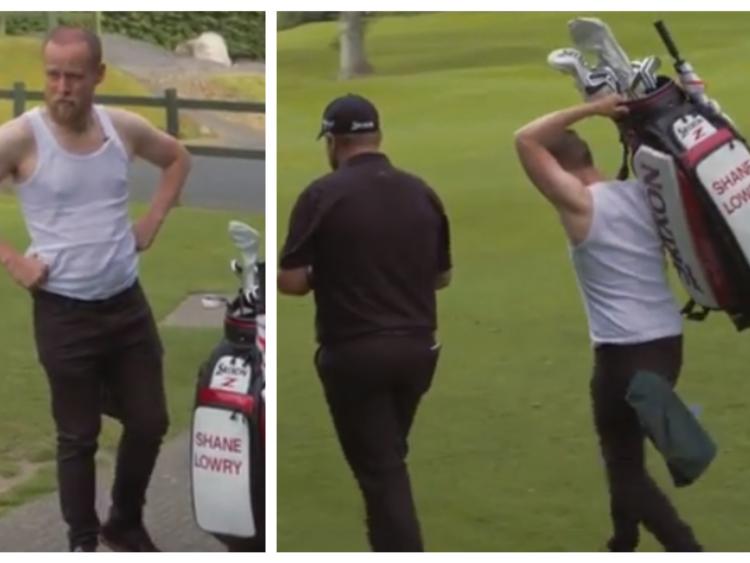 Shane Lowry is currently rocketing up the leaderboard at the Open Championship in Royal Portrush, and one Hardy Buck star may well have something to do with it.

Read also: Shane Lowry in contention after stunning first round at Open Championship

Owen Colgan from the hit comedy series and movie franchise got the opportunity to caddy for Shane Lowry in recent weeks as he prepared for the 148th Open Championship.

You can see the brilliant clip of the round below. If it does not work, you can view it here.

See what happened when Owen Colgan was caddy for Shane Lowry...

The pair got off to a tough start as Owen struggled to get to grips with even carrying the bag. His advice of "try to get it as close to the hole as you can" was one of his finer contributions.

The light-hearted clip showed Owen leaving after the 18th with Shane Lowry saying, "I'll give you a call," despite not having his number.

The clip is absolutely hilarious. If the video above does not work, you can view it here.