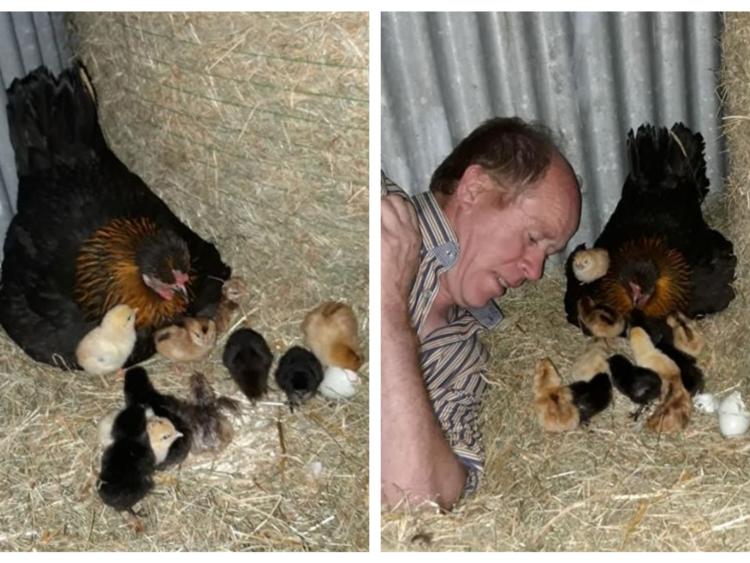 Offaly man has another record-breaking hen on his hands

Offaly farmer John Dolan has yet another record-breaking hen on his hands in Banagher.

"Sally has made history in the poultry world," John proclaimed.

"That is some world record following in the footsteps of my famous hen Marmalade," John added.

John rose to fame last year when his famous hen Marmalade entered the Guinness Book of Records having hatched an astonishing 107 chickens in two years before her death in February.

Marmalade's largest single clutch was 16 but she regularly delivered five clutches a year.

Marmalade's daughter Little Chip then came along earlier this year and caused another stir, having 20 chicks hatched from 26 eggs laid at the first attempt.

"Marmalade's world record holder will never be broken by any hen. She hatched 181 chickens in total with 18 clutches in four years."

John now claims Sally's new record for two clutches in just 55 days will never be broken. So with three incredible hens over the last few years, John could well be labelled 'the hen whisperer.'