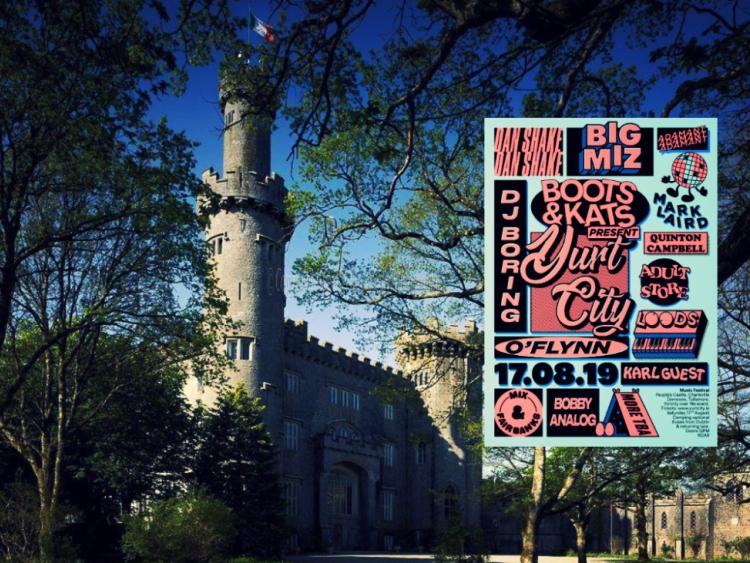 Yurt City organisers Boots & Kats have announced a clutch of new acts for their new music and arts festival slated to take place at Charleville Castle on August 17, 2019.

Organisers say Yurt City brings together the best international DJs and producers to the venue, saying people could expect Mongolian yurts throughout the site, spectacular art installations, a stellar array of performers, chill out areas, a full range of food and beverage choices and optional camping, all within the stunning grounds of the castle.

Labelling Charleville Castle as 'People’s Castle' in their promotional material, organisers say it is one of the most unique festival venues in Ireland.

"The 17th century castle is hidden away in Ireland’s oldest primordial oak woods, acting as a spectacular backdrop. Guests of Yurt City are invited to set foot inside a medieval courtyard transformed into a party like no other," they said.

The new festival is curated by innovative duo Boots & Kats, who specialise in "making crowds move through eclectic sets that have distinctive disco and funk influences."

The duo have moved from strength to strength at an exponential rate, headlining stages at almost every festival on the Irish circuit as well as playing abroad at the likes of Parklife, Snowbombing, Boxed Off Festival and Hideout.

Tickets for Yurt City are on sale with a variety of packages, including camping, starting at €39.50. More details can be found on the Yurt City social media channels here.