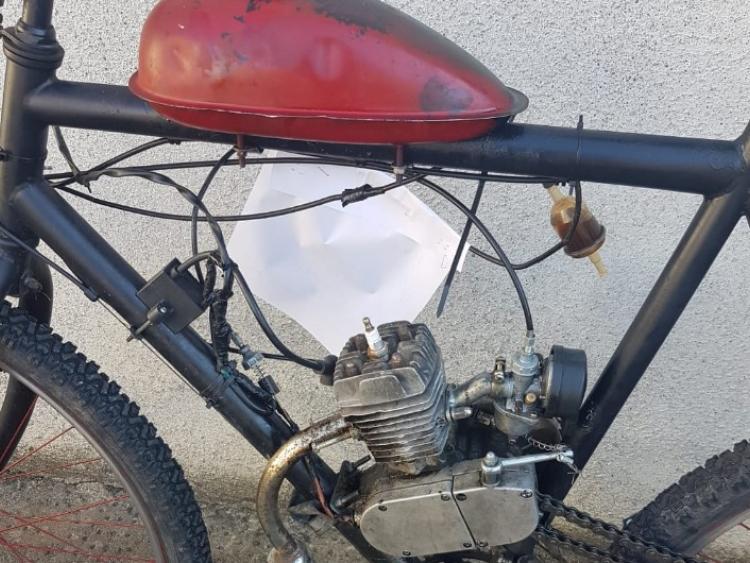 Offaly gardaí made one of the most bizarre drink-driving arrests we've ever seen over the weekend when the operator of this bike was stopped.

Members of the Offaly Roads Policing Unit stopped the driver of this seemingly homemade motorcycle in the early hours of Sunday morning on suspicion of driving under the influence of intoxicants.

The individual was then arrested on suspicion of driving under the influence.

Gardaí said: "It wasn't for having no light on his bike. Nice handiwork but. unfortunately for the user, still constitutes a mechanically propelled vehicle."

"It is neither insured, tested or licensed to be used on the public roads," they added.