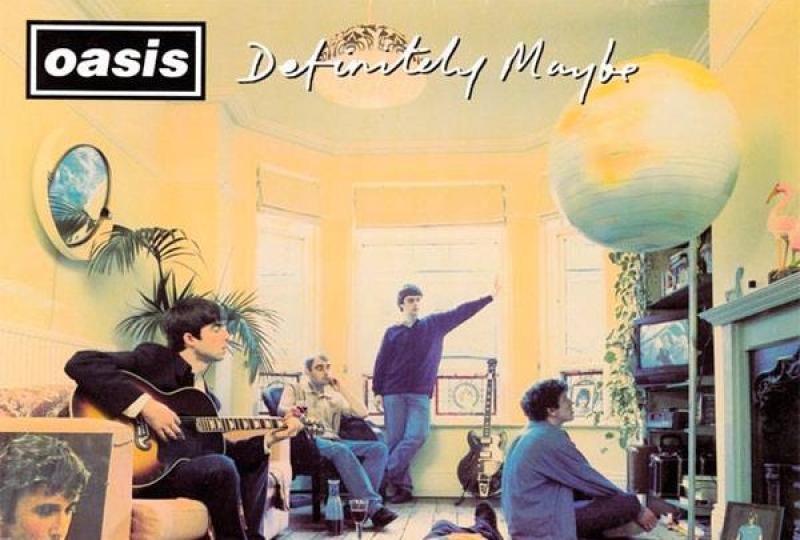 In 1994 a band from Manchester called Oasis released their debut album, Definitely Maybe, and changed the world.

As one of the main players on the Brit-Pop scene, their constant competition with arch-rivals Blur has in itself become part of music folklore.

While almost everybody knows about the Irish background of brothers-at-war Noel and Liam Gallagher, very few realise that the band's original drummer, Tony McCarroll, has deep Irish roots in Offaly

The drumming legend is proud of those roots and in fact, his first proper gig as a drummer was in Kinnitty.

Tony was speaking ahead of his new tour, Oasis - The Truth, which comes to the Sugar Club in Dublin on March 30, and he wasn't holding back in how he feels about the Faithful county and his affection for Ireland.

"I love Offaly. I love it. Unfortunately, we did have to move back to England after two years. I didn't want to go back. I wasn't eating for a week over it," he revealed.

"I loved the country life, farming life, living off the land, fishing, hunting. And that is still me. When I go over there, that's all I want to do. And luckily I've got my cousins over there so I can dip my toes back in, as they say."

Tony went on to reveal how the man who would eventually end up behind the drum kit for one of the biggest bands in history, actually played his first proper gig in Kinnitty Parish Hall.

"I've been playing the drums since I was a child. But my actual first public, rehearsed gig, believe it or not, was in Kinnitty Parish Hall."

"The headmaster at the time, Mr Dooley, realised that I was playing drums, and had a lad called Seamus Bradley, who's still in Kinnitty, playing tin whistle."

"I mean, it must have been the most ridiculous set-up you'd ever see," Tony joked. "But, I can say, with my hand on my heart, that was my first rehearsed, public gig, and it was in Kinnitty, and I'm happy to say that."

Tony McCarroll's 'Oasis - The Truth' Tour comes to the Sugar Club in Dublin on Saturday, March 30. The evening will feature a screening of Supersonic, followed by a Q & A session with Tony, then a spoken word performance from Manchester poet Argh Kid, before a DJ set from Tony and Pete Dancer wraps up the night. Tickets are available from www.sugarclubtickets.com.