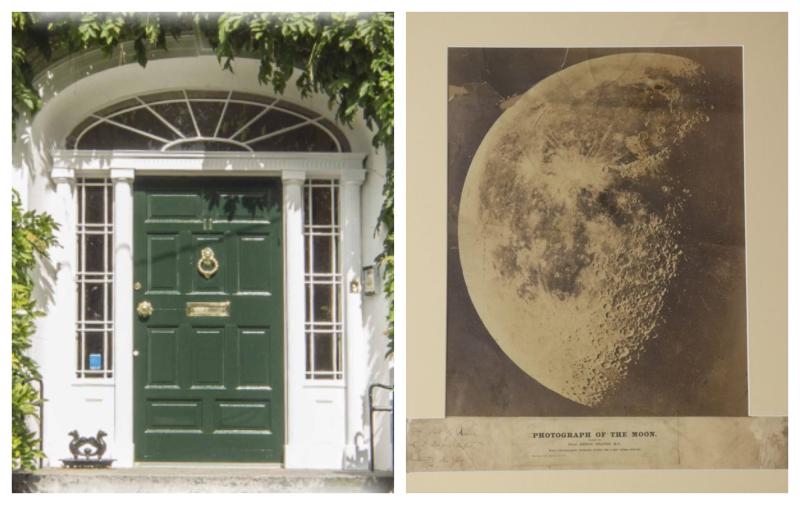 A photograph of the moon taken by Professor Henry Draper in 1863 has sold for €5,600 at auction in Offaly.

€325,000 was spent at the auction at the prestigious 11 Oxmantown Mall in Birr where many of the contents of the house were sold to the public.

550 lots were presented by Fonsie Mealy Auctioneers with 85% being sold at the auction on Tuesday, March 5.

A host of other items were sold including 18th-century furniture, famous paintings and photographs and a beautiful 19th-century urn.

The most expensive of these was a rare 18th-century German marquetry table box, fetching €36,000 after opening with a guide of just €1,500.

The photograph of the moon, dating back to 1863, was the seventh most expensive item sold on the day. It was taken by Henry Draper with a silvered glass telescope in New York.

The mount also bears a dedication to Birr's most famous son: “The Earl of Rosse, with Dr. Draper’s Respects, University of New York."

Henry Draper, Professor of Medicine at New York University, was a prominent physician, amateur scientist, and pioneer of astronomical photography. He inherited his interests, skills and energy from his father, Lancashire-born John William Draper (1811-1882), professor of chemistry at NYU, who improved on Daguerre’s process to produce some of the earliest photographs of the human face.

John William Draper made the first photograph of the face of the moon in 1840, a background that shows just how significant this photograph taken by his son is.

Read also: €325,000 of antiques and paintings sold in one day at Offaly auction

Henry assisted his father in his chemical and astronomical work. Having completed his medical thesis in 1857, he was still too young to be awarded a degree, so he spent a year abroad, and his travels brought him to Birr Castle, where the 3rd Earl of Rosse had erected what was then the world’s largest telescope, the 72-inch “Leviathan” reflector.

He was inspired by what he saw at Birr and learned of the Earl’s discoveries, and returned home determined to exploit photography for astronomical purposes, and even built his own observatory on his father’s estate at Hastings-on-Hudson.

Meanwhile, he continued his medical career, becoming professor and dean of medicine at NYU. In 1873 he resigned his professorship in order to devote himself to original research. He received numerous awards for his discoveries.

After his death from pleurisy at the early age of 45, his work was continued by his widow, who funded the Henry Draper Medal in his honour. His telescope is now in the Nicolas Copernicus University in Poland.

This photograph is authenticated by the inscription from Draper to the Earl of Rosse and comes from the collection of Otto Boediker, who was the astronomer in charge of Rosse’s observatory at Birr Castle.