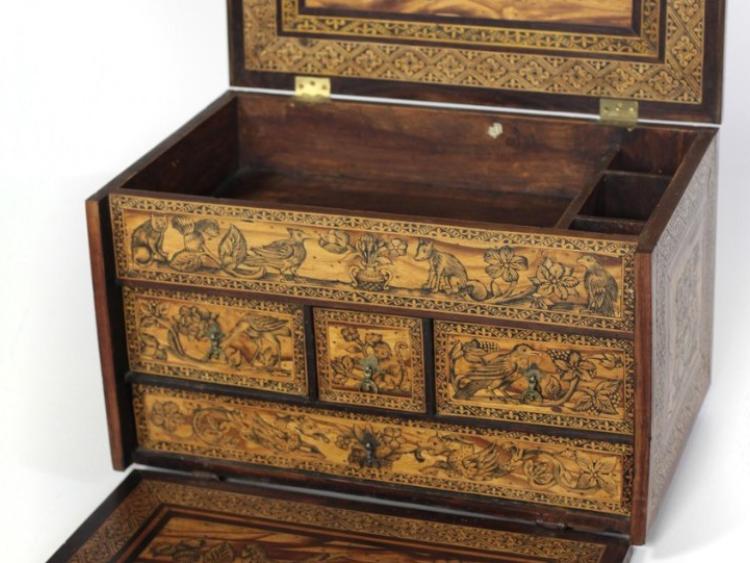 Truly mindblowing price paid for this decorative box in Offaly

The auction took place at the beautiful 11 Oxmantown Mall on Tuesday, March 5 where over 500 lots went under the hammer of Fonsie Mealy Auctioneers.

85% of the lots were sold for a total of €325,000 with the biggest sale coming when this 18th-century German marquetry table box opened to bidding.

Read also: Out of this world price paid for photograph of the moon in Offaly

The decorative box with lift up panelled top and a rectangular inlaid scene of a lion being killed had a guide price of between €1,500 and €2,000 but a bidding war ensued. 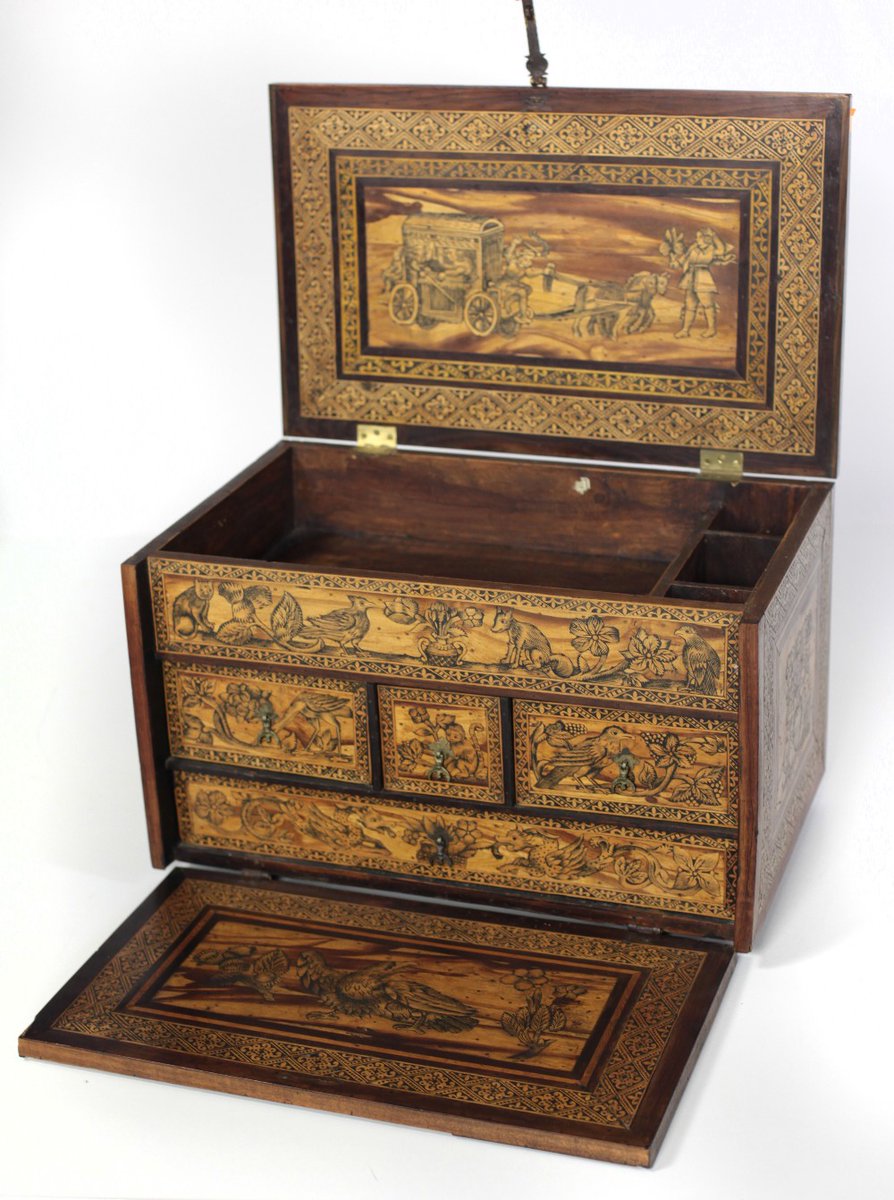 When the hammer finally fell on the much sought-after lot, the price had rocketed to €36,000.

Read also: €325,000 of antiques and paintings sold in one day at Offaly auction

Also among the top sellers was an exquisite three-stone diamond ring which garnered €20,000 and a 19th-century Minton Majolica large and impressive two-handled urn which was sold for €16,000.