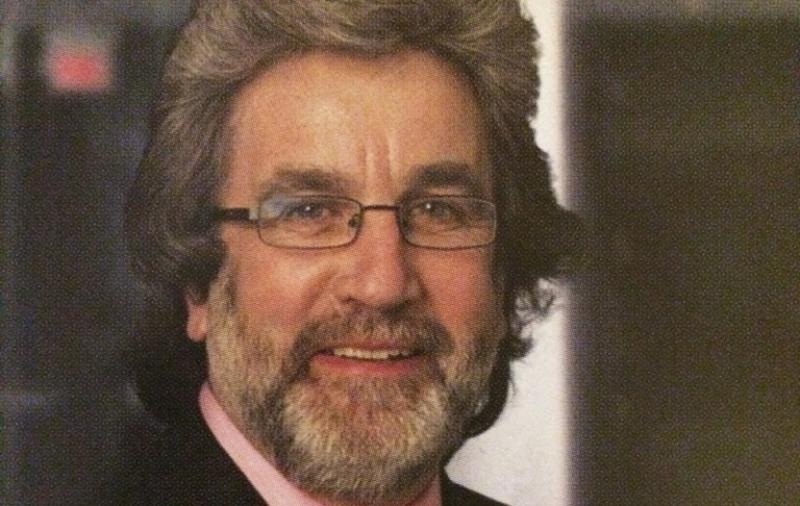 Cllr John Foley has announced this week that he will again be putting his name before the people of North Offaly when they go to the polls on Friday, May 24 to elect six members to serve the people of the Edenderry Municipal District on Offaly County Council.

Cllr Foley has served the people of Edenderry and North Offaly over the last twenty years and said this week that at all times he worked to try and achieve the very best for the people of the area.

“I have been honoured and humbled to have been elected as a member of Edenderry Town Council and also as a member of Offaly County Council. I have at all times put the interests and well being of the people of the area first and if re-elected after
the election on May 24, I will continue to do so," he said.

“Over the past twenty years, a lot of positive things have happened in the North Offaly area. We have secured the much-needed upgrade of the Edenderry to Enfield road, we have delivered a badly needed ambulance service with a new state of the art ambulance base for the North Offaly area, we have seen new schools built in the area, a new fire station built in Edenderry and the upgrade of the water mains in a number of areas, to name but a few."

“Sadly though, we have lost out on major job creation in the area, an issue I would like to see addressed. I feel more has to be done to secure jobs for the young people in the North Offaly area. It saddens me to see so many of our young people having to move from the area to get employment," the sitting Edenderry councillor said.

"We in North Offaly have wonderful, well-educated, skilful young people and we must do more to create jobs for them and for our future generations. We are only 45 minutes from Dublin. The road infrastructure that, we were told, was hampering job creation, is no longer an issue. We have excellent schools and facilities in the area and we must work together to ensure there are more jobs created locally."

"More needs to be done to encourage companies in Dublin to relocate to Edenderry and North Offaly and also to promote the North Offaly area as a tourist attraction. I can assure you that if I am re-elected after the election on May 24, I will continue to work to try and secure employment for our young people."

Cllr Foley went on to acknowledge those who give employment in the area and said everything possible should be done to support them in maintaining and expanding their businesses. "Indeed increases in Rates and Property Tax are two issues that many of you will know I have fought diligently against, while some members of the Edenderry Municipal District have constantly proposed and supported increases in both."

"If they were passed, it would have increased the financial burden on hard-hit homeowners and businesses who are struggling on a regular basis to keep their doors open and keep those whom they have employed in jobs."

“I wonder will those same individuals, when they are on the campaign trail, be able to explain to those hard-hit homeowners and members of the business community why they wanted to see Rates and Property Tax increased," Foley added.

“I recall when I proposed that ‘those of us who are elected to serve the people of North Offaly should leave our political allegiances outside the meeting room door and work as a team on behalf of the people,' and for a few years everyone bought into that theory and as a result a lot was achieved.”

"I would like to pay tribute to Cllr. Noel Bourke who is retiring and Cllr. Martin O’Reilly who had to resign his seat due to work
commitments," John said.

“Noel Bourke has served the people of Edenderry and North Offaly professionally, diligently and with great commitment for 29 years. He never worried about what political allegiance and he helped anyone who came to him for help. He treated everyone the same and gave the same commitment to finding a solution to all the issues that came before him. He will be a great
loss to the people of the area."

"Likewise, Martin O’Reilly was a great worker and gave 100% commitment to representing the people of Daingean and
indeed the entire North Offaly area. He worked tirelessly on behalf of everybody he represented.”

In conclusion, John Foley said, “I am asking you to give me your Number 1 Vote on the May 24 to ensure that you will have someone who is fighting in your corner and who will work to achieve the very best for you."

"Every public representative that is elected must remember at all times that they are elected to represent all of the people and not just a select few. The people put their trust in us and we have to be prepared to repay that trust by representing them to the best of our ability and not for personal gain and this I promise to do," Cllr Foley concluded