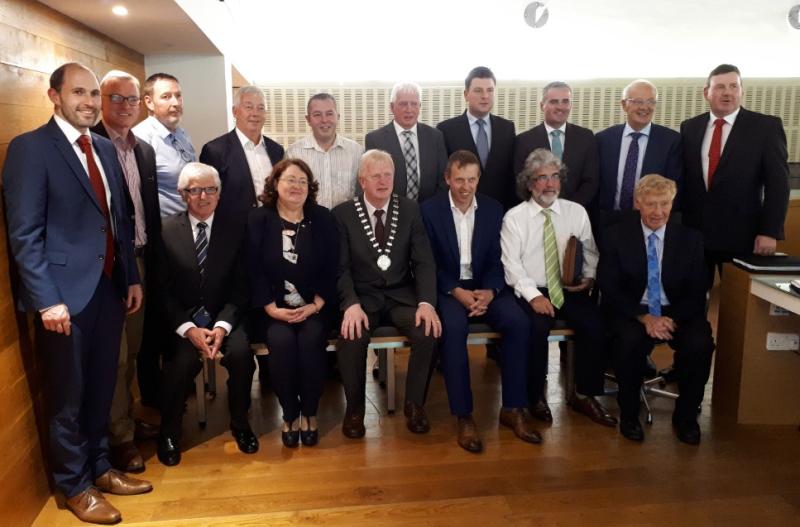 The male-dominated council chamber in Offaly County Council looks like it could continue as the Local Election ticket takes shape for May 2019.

The 19-seat council made headlines nationally in 2017 when it became an all-male group following the resignation of Sinead Dooley. She was replaced by Tony McCormack following a Fianna Fail convention.

The ballot paper for next May's Local Election looks set to be dominated by men once again. Fianna Fail have put forward their four sitting councillors, Declan Harvey, Danny Owens, Tony McCormack and Frank Moran in the Tullamore electoral area. Cllr Eddie Fitzpatrick is a likely candidate once more in Edenderry.

Fine Gael have also indicated that Liam Quinn and Noel Cribbin will be their candidates in Edenderry, while John Clendennen is likely to stand again in Birr if he fails to take a General Election seat in the interim.

A number of resignations may open the door for female representatives, including that of Martin O'Reilly from Sinn Féin in the Edenderry Electoral Area, Tommy McKeigue from Tullamore and Noel Bourke from Edenderry.

One woman confirmed for the election trail in the Social Democrats' Clare Claffey who will contest a seat in the Birr Electoral Area. Claffey is disappointed "that Offaly does not have more equal representation," suggesting the county's council is "out of sync with national norms."

"I am hopeful that this will change after the local elections in May 2019. It is really important that the next council has female representation. I hope to represent the voices and needs of the community," she said.

"We in the Social Democrats have a great record in working towards equality for all. As a young mother that’s really what attracted me to the party. The Social Democrats understand and represent the issues affecting families like mine all across the country," she added.

"I believe political parties have a duty to reflect the full range of diversity of the Irish population, with people of all ages, genders and ethnic backgrounds encouraged to take part in shaping the lives of the communities in which they live," Clare stated.

"I am the only candidate so far declared for the local elections who is under 35 and I think that also speaks volumes about some of the older political parties and how successful or otherwise they have been at engaging the next generation of citizens."

"Local government is so important, influencing everything from housing and planning to the environment, roads, community facilities and cultural activities. All members of our community should be empowered to make a contribution to shaping the future of the county," she concluded.

On Monday, writing in the Irish Times, Minister with responsibility for Local Government and Electoral Reform, John Paul Phelan said, "while gender quotas for general elections, introduced in 2012, helped increase the number of female TDs in the 2016 general election, we need to do more in the sphere of local government. To help implement the commitment in the National Women and Girl’s Strategy 2017-2020 to increase the participation of women in local government, I am advancing several initiatives."

"My department will support women’s groups to build the capacity of women active in local communities, especially rural communities, to prepare them for the step into local politics. In the lead-up to the 2019 local elections, I will launch an information campaign about the importance of local government and the role of the councillor," his article continued.

"I will also propose a scheme to provide funding support to registered political parties that meet certain performance criteria in terms of gender representation for the recruitment of a diversity officer. Such officers will be tasked with encouraging and supporting women and those from minority groups for whom voting or running for election often has more obstacles, like the Traveller community and immigrants, to run for elected office."