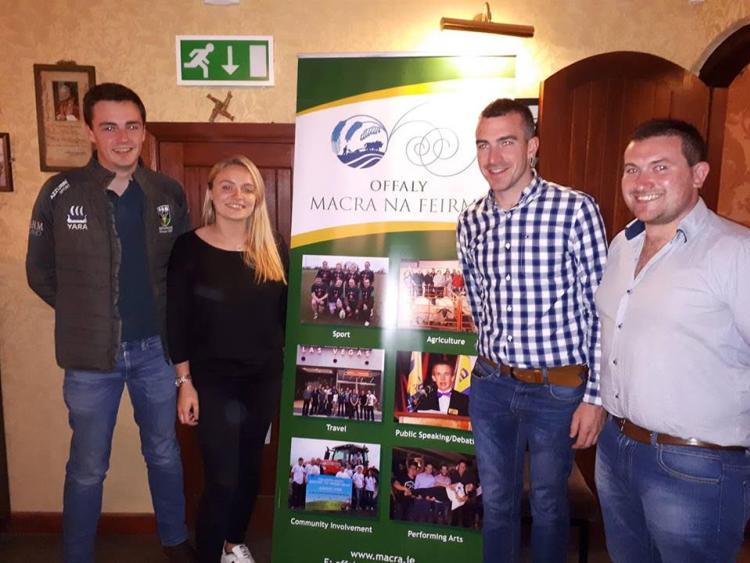 The 54th Queen of the Land Festival will be hosted by Offaly Macra on the 9th-11th of November 2018 in the Bridge House Hotel, Tullamore, Co. Offaly. The festival is the highlight of the national Macra na Feirme calendar, welcoming hundreds of members to Tullamore each November. The Festival aims to celebrate the talents and achievements of the young women of Macra na Feirme while entertaining the masses. Entertainment for this years Festival will be announced in the coming months.

On Friday 9th November, the Festival will officially begin. The ladies will arrive early in the day and tour Offaly, taking in some of our greatest attractions and getting to know eachother. That night, the Festival will officially begin. The party will begin in the Bridge Bar and move to the Palace Nightclub - like many a good night out in Tullamore! Tickets for the Friday night are €10.

Saturday is a very busy day for the lovely Queens. As early as 8am, the private interviews begin where this years judges will grill the Queens and really test those personalities. Meanwhile, trouble brews - a huge crowd of men arrive to woo these ladies. The escorts are suited and booted, and then are presented to their Queen on Saturday afternoon in Hugh Lynch's Pub. Not long after the escorts have strutted their stuff on stage, the Queens must do the same. At 8pm, the contestants begin their on-stage interviews. This is your opportunity to pick your favourite and begin your bets! Entry for the Saturday night costs €15, with bands and DJs playing until late.

Bright and early Sunday morning, the Queens and escorts go for the ultimate cure - a game of bowling! And it wouldn’t be a proper Sunday without heading to mass. After that, the girls prepare for the penultimate event - the Banquet. Doors opening at 6pm, a Banquet ticket is €45. Again, bands and DJs play until late and our 2018 Queen of the Land will be crowned at 12 midnight. Afters tickets may also be purchased for €10.

If you can’t decide which night to go, come to all three! A weekend ticket costs €70 and includes the banquet. Note that the weekend and banquet tickets are limited and must be purchased online at www.queenofthelandfestival.com. Entertainment tickets may be purchased on the door each night of the festival, or online.