Met Éireann weather forecast for the week ahead - Is there an Indian summer on the way? 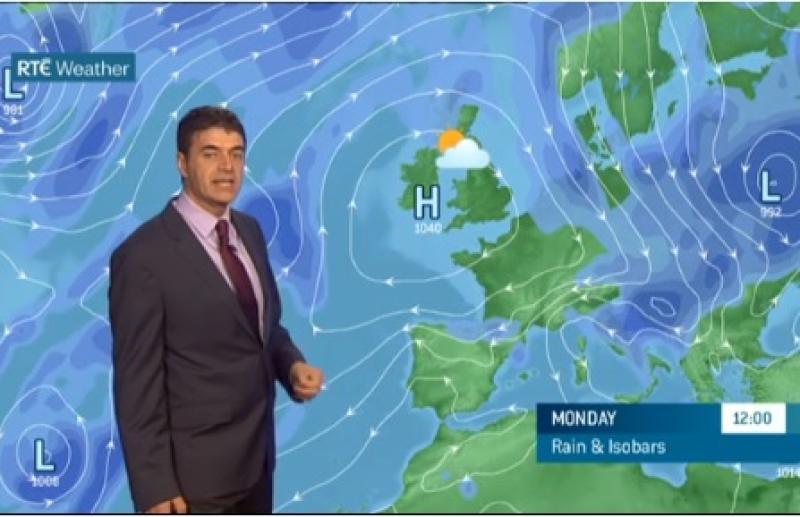 Met Éireann forecast for the week ahead.

The weather for the coming week looks quite good with Indian summer warm weather but frost also, according to Met Éireann.

Met Éireann is predicting dry settled but sometimes cold weather. It will beome mild as the week goes on with temperatures rising to summer levels towards the weekend.

According to Met Eireann, after a bright windy day with some downpours, Sunday night will see showers confined to the north and northwest, and most places will have a dry, clear but cold night tonight.  It could dip to zero in parts with winds becoming light and variable inland, resulting in a touch of frost away from coasts.

The national forecaster states it will be a cool, crisp and mostly sunny start to tomorrow Monday, but cloud is likely to build through the afternoon. It will be a dry day for many, but a few showers will still occur in the far north and northwest of the country before dying out later in the day. Highs of 12 to 15 degrees in mainly light westerly or variable breezes over land, but moderate west to southwest winds developing on west and north coasts.

Monday night is forecast to be dry and mostly clear. Cold in the east again in light breezes but less cold in the west with a moderate southerly wind. Lows of 4 to 9 degrees.

The outlook for the rest of the week is for high pressure bringing settled weather for most areas with temperatures rising.

Met Eireann says that Tuesday will be dry in most areas with moderate to fresh southwest winds. Daytime temperatures will still be on the cool side, between 12 and 15 degrees. On Tuesday night it will continue dry in most areas. It will be much milder compared to the nights before with lows of 10 to 12 degrees and staying breezy.

It will get milder for Wednesday and Thursday in moderate southwest winds. Rain still possible from time to time in the north but otherwise dry with some sunshine. Temperatures of 15 to 20 degrees at best on both days.

Current indications are that Friday and next weekend will be largely dry as well with sunny spells and mainly light breezes.