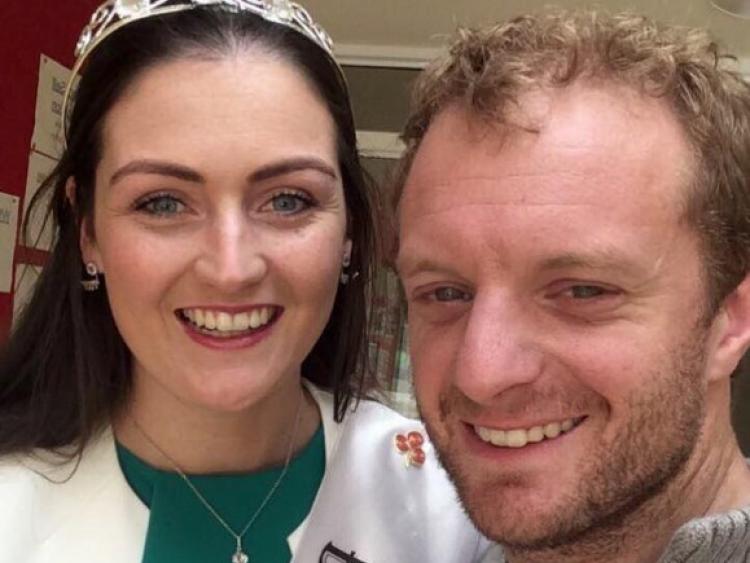 Conor describes hearing Jennifer's name being called out as the winner in the Dome last year as his finest memory of being a Rose escort in 2017, and took to social media this week to pay tribute to Jennifer, Offaly's only ever winner of the famous pageant.

"I've run out of superlatives to use when I'm talking about this lady," he said.

Describing Jennifer Byrne as "a Lady, a role model, a spokesperson, but most of all, a friend," the Clara man said she was "the little sister I didn't know I needed."

"Never have I been as proud of anyone as I've been of this incredible woman, and I swear to God I will never forget the pride I felt when Daithi announced her name on August 22 last year."

"The lads around me in that guard of honour down the centre of the Dome won't forget it either," Conor joked.

"I'm an uncle several times over, but on that night in the Dome, for the first time, I knew what it was to be a proud older brother."

"She represents the best of all of us - Offaly's finest," he wrote.

He concluded by expressing his gratitude to Jennifer Byrne as her year as Rose of Tralee comes to an end:

"Jenny, for everything you've done in this past year, for the smiles you've put on the faces, for all you've accomplished, for all the people who've been honoured to meet you, it has been my honour to witness it."

"From all of us, the Offaly Centre, the Class of 2017, everyone, myself especially, I simply want to say, thank you."

Replying to the kind words, Jennifer Byrne said, "Conor, thank you so much for all your help, support and most importantly friendship over the past year. Without a doubt the best big brother in the world."

Jennifer Byrne will hand over her sash and crown on Tuesday night's live television final of the 2018 Rose of Tralee.