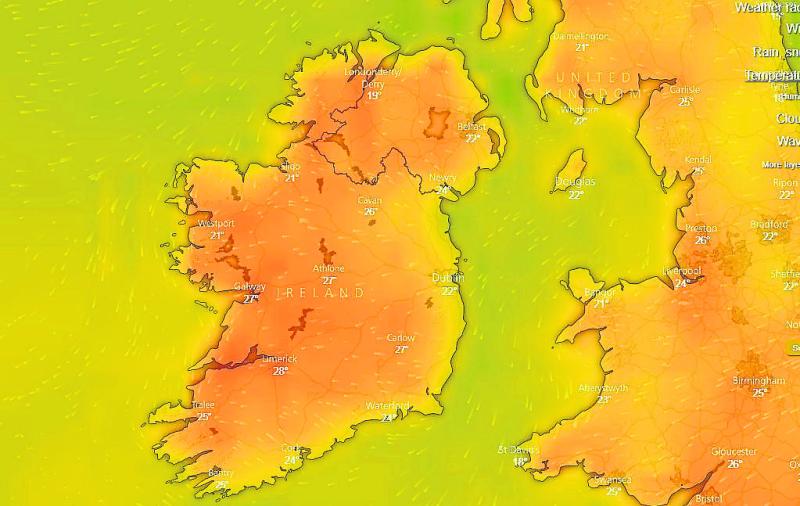 Offaly to top temperatures across Ireland, UK and most of mainland Europe PICTURE: WINDY.COM

Water, ice-pops and 99s will be in high demand, as Offaly is expected to be one of the hottest places in Europe this week.

After a scorcher of a weekend, peaking at 27 degrees in Offaly, temperatures could possibly exceed 30 degrees between Wednesday and Thursday.

By Friday afternoon, it is expected to reach 28 degrees, which will be the highest temperature across Ireland, the UK and most of mainland Europe.

The highest temperatures in Europe are in most parts of Spain and southern France, ranging between 29 and 32 degrees.

Met Eireann has issued a rare Status Yellow high temperature warning this Monday morning, valid from Monday at 6am until Friday at 9pm.

Temperatures will peak at 27 degrees and will gradually dip to 15 degrees by midnight, according to Met Eireann.

Read also: 10 places we can rename to make Offaly a sun holiday destination