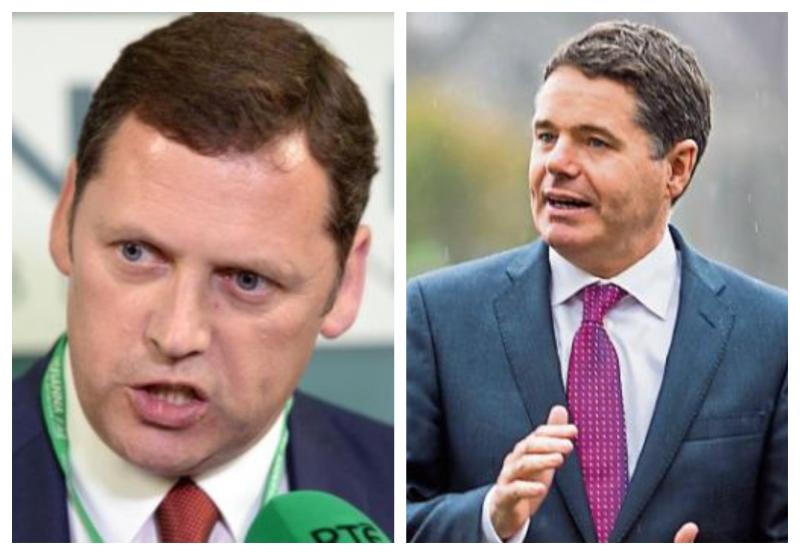 Deputy Cowen made the comments after Minister Donohoe spoke on national radio on Wednesday. Cowen claims during that interview, the Minister "attempted to brush aside questions regarding his approach to dealing with the housing crisis."

Deputy Cowen said, “Minister Donohoe is clearly unable to stand over his Government’s track record on dealing with the housing crisis. This is unsurprising considering that their track record is, to be frank, appalling. The Government has consistently failed to deliver on its own commitments made in the Rebuilding Ireland programme and there doesn’t seem to be any sense of urgency in wanting to deal with this crisis."

“Take for example Minister Donohoe’s commitment to make funding available to help build affordable homes. In his budget speech on 10th October 2017 Minister Donohoe committed to establishing a Home Building Finance Ireland fund to help provide affordable housing. This €750m fund was a key demand made by Fianna Fáil in the run up to the budget. It was announced by Minister Donohoe with the kind of fanfare and spin that we have come accustomed to under Taoiseach Leo Varadkar’s Government," Cowen continued.

“However we’re now approaching June 2018 and we are still waiting for this fund to be established. Minister Donohoe has recently said that he intends publishing the legislation to give effect to the fund in the coming weeks. It’s ominous that this legislation hasn’t been published yet and that the Minister can’t even give a firm date for its unveiling. Similarly, Minister Donohoe says he is hopeful that the legislation can be passed by the summer recess. His language doesn’t inspire much confidence."

Cowen stated that "serious questions need to be asked regarding this Government’s commitment to dealing with the housing crisis," and went on to say, "it’s astonishing that we are still waiting for the Government to publish legislation to give effect to one of the key Budget 2018 commitments."

"The housing crisis is having a detrimental impact on the lives of people right across Ireland yet Fine Gael continue to put the issue on the backburner,” Cowen concluded.