Offaly woman takes to tractor to reach her homecare clients

Despite 30cm of snow in Rhode 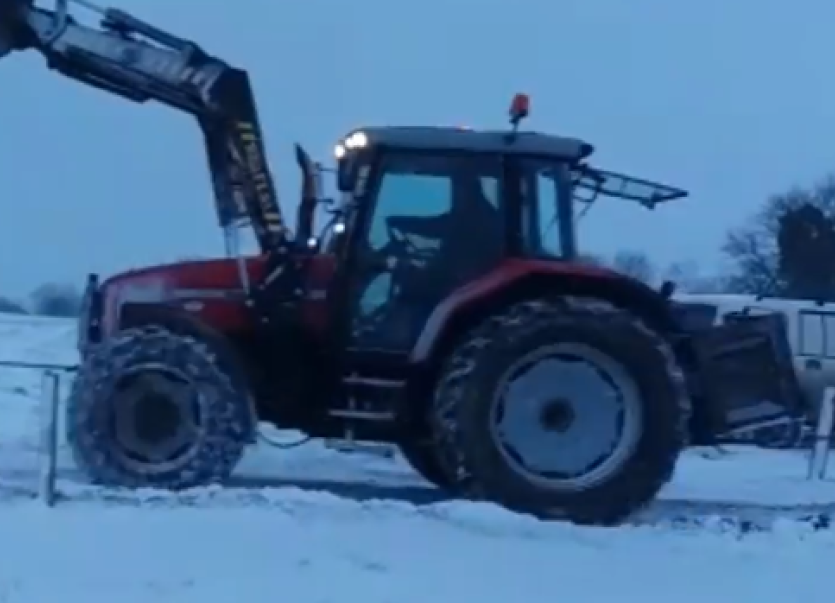 People have been unable to attend work since Wednesday, but one Offaly carer has not allowed the Beast from the East or his pal Storm Emma to keep her from reaching her clients.

Celia Dowling from Rhode took to her tractor on Wednesday and Thursday to reach the elderly people she provides home care to around the region.

SEE ALSO: Tullamore hotel steps in to put up nurses and HSE staff

A local called in to Joe Duffy's Liveline programme on RTE Radio 1 on Thursday to describe the story of Celia traversing the county in her tractor despite the conditions.

Within minutes, Celia was on the air herself to tell Joe that the people she cares for are vulnerable and she needed to get to them. "These people need to be got up and cared for," she said.

The show heard that Celia's husband and son have been helping her with her transport as it becomes almost impossible to travel by car in North Offaly. She made over ten calls in the last two days to ensure her patients are safe.

She described one elderly woman she visited who told her she was "a bit frightened of the snow." "The woman hoped it wouldn't be as bad as expected," Celia said.

The Rhode woman went on to say that with snow drifts and continuing showers, "it will be very difficult to get out on Friday." "Side roads and lanes especially are going to be impassable and it will be hard tomorrow but we'll see what it's like," she said.