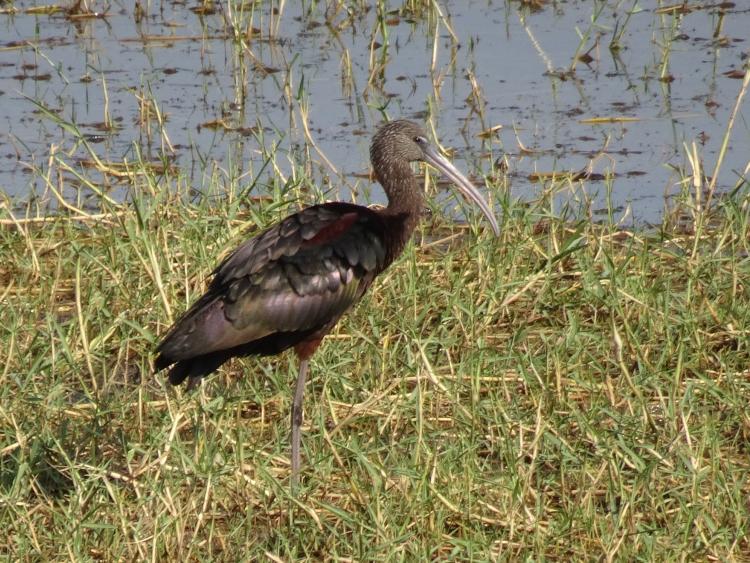 A rare African wader bird, a Glossy Ibis, has been spotted on Lough Boora bog in Offaly, sparking huge excitement with ecologists and bird watchers across the country.

The bird, which is normally more at home in North Africa, was photographed in the Offaly beautiful spot and has also been sighted in Westmeath with three of the same bird have taken up residence for the winter.

Bord na Mona ecologist Dr Mark McCorry said sightings of rare birds is not completely uncommon in ireland, but noted that getting so many Glossy Ibis in Offaly and Westmeath is "very exciting."

All of this excitement follows another rare sighting with the arrival of a Whitetailed Eagle on a bog in Roscommon.

"It is all very interesting to watch," Dr McCorry said. He described the Whitetailed Eagle as "a truly magnificent bird that was reintroduced in Kerry a few years ago."

It has now reached the Midlands, something that delighted Dr McCorry, as did the arrival of the "very beautiful" Glossy Ibis.

"Irish wetlands, especially locations like Lough Boora Discovery Park, are amazing locations to view rare species. When a species like the Glossy Ibis is blown off course and finds itself in Ireland it will naturally choose a good wetland as a place to stay," Dr Mark McCorry said.

He said experts were not at all surprised that the bird chose a rich wetland location like Ireland's wet bogs or Lough Boora.

One theory as to why these birds have made the move to Northern Europe is due to drier conditions in France, Spain and Portugal.