Substantial preparations made in Port for surge from Slieve Blooms 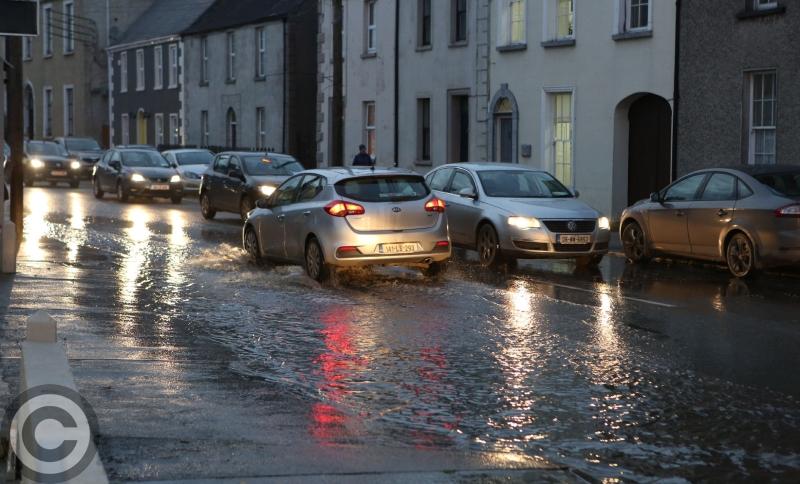 Portarlington is on a high flood alert as some streets flooded this evening in the the Laois Offaly border which is down stream from Mountmellick that as devastated this week.

Portarlington has been on high alert since yesterday when Mountmellick got hit. There are fears that the flood surge which devastated Mountmellick could hit the nearby border town.

Laois County Council's Director of Services, Kieran Kehoe said water on the River Barrow in Port is almost at its highest point. He confirmed that the crunch time for flood risk areas is around 9pm tonight (Thursday). 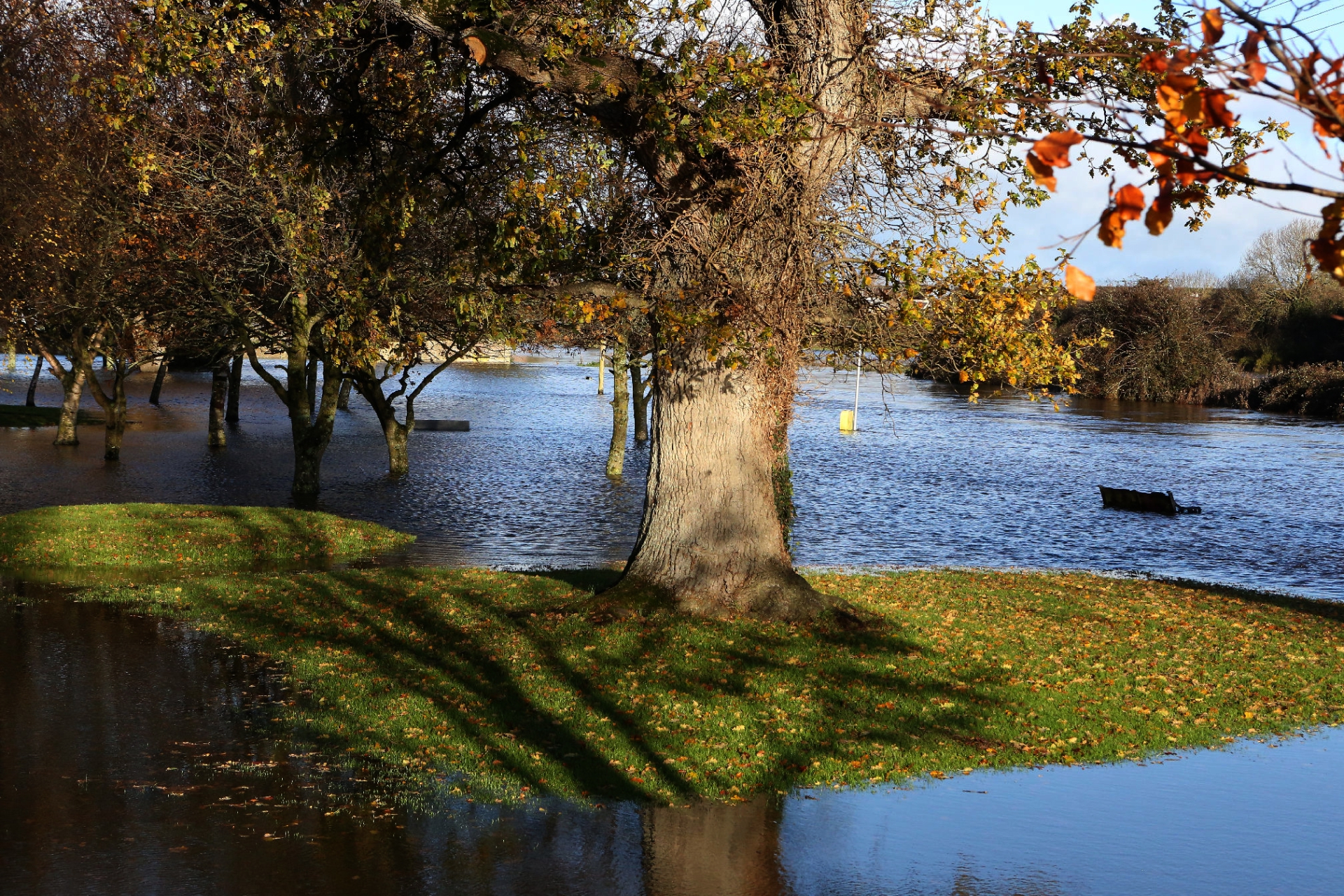 The highest levels recorded on the Barrow were in 1990. The Barrow has already breached records upstream in the Borness area. While he said it was a relief that the rain has stopped, he said the council has made preparations for the worst.

Local people on the scene said this evening that water has begun flowing onto Botley Lane and across onto Patrick Street near the River Barrow Bridge. Botley Lane, which is on the Offaly side of town, is a regular flooding point. 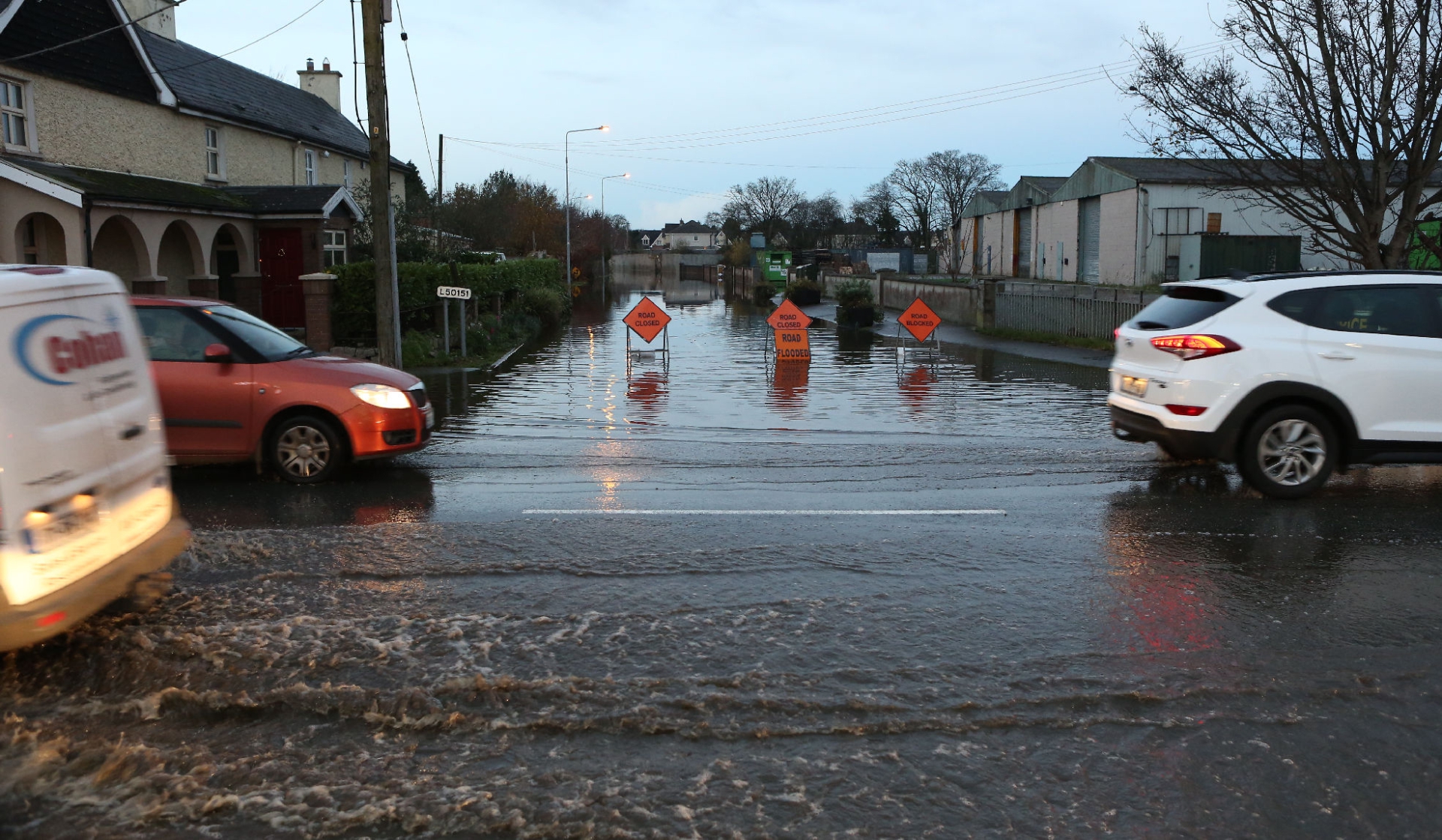 Mr Willie Murphy said water appears to be emerging from a section of the Barrow where it is joined by a small tributary known as the Blackstick river. There is some flooding at the Inver filling station.

Extensive sandbagging has been carried out in the town and in the vicinity of the bridge. Water has made its way to the back doors of some houses while one house has suffered some flooding.

A slipway at the Barrow has been sandbagged and Botley Lane is also closed off.

Spa Street Bridge is another flooding pinch point. Staff from the Office of Public Works have monitored the river. Two units of the fire service also attended the scene. A pump has been installed in the vicinity and a member of the council is on standby if it needs to be put into operation.

Laois and Offaly councils are on duty while members of the public  have collected sandbags to place at houses. Up to 1,000 more bags are ready to be used.

Land and parks on the banks of the river are completely flooded. Large tracts of farmland upstream and down stream of Portarlington are also covered in water.

Speaking in Mountmellick earlier today, Laois County Councils' Chief Executive, John Mulholland said people in flood prone areas of Port have been advised to lift their belongings up off the floor and move their cars to higher ground.

It is understood that the Army was deployed from Mountmellick to Portarlington to sandbag.

The River Barrow rises in the Slieve Blooms and is downstream from Mountmellick. The River Owenass is a tributory of the Barrow. 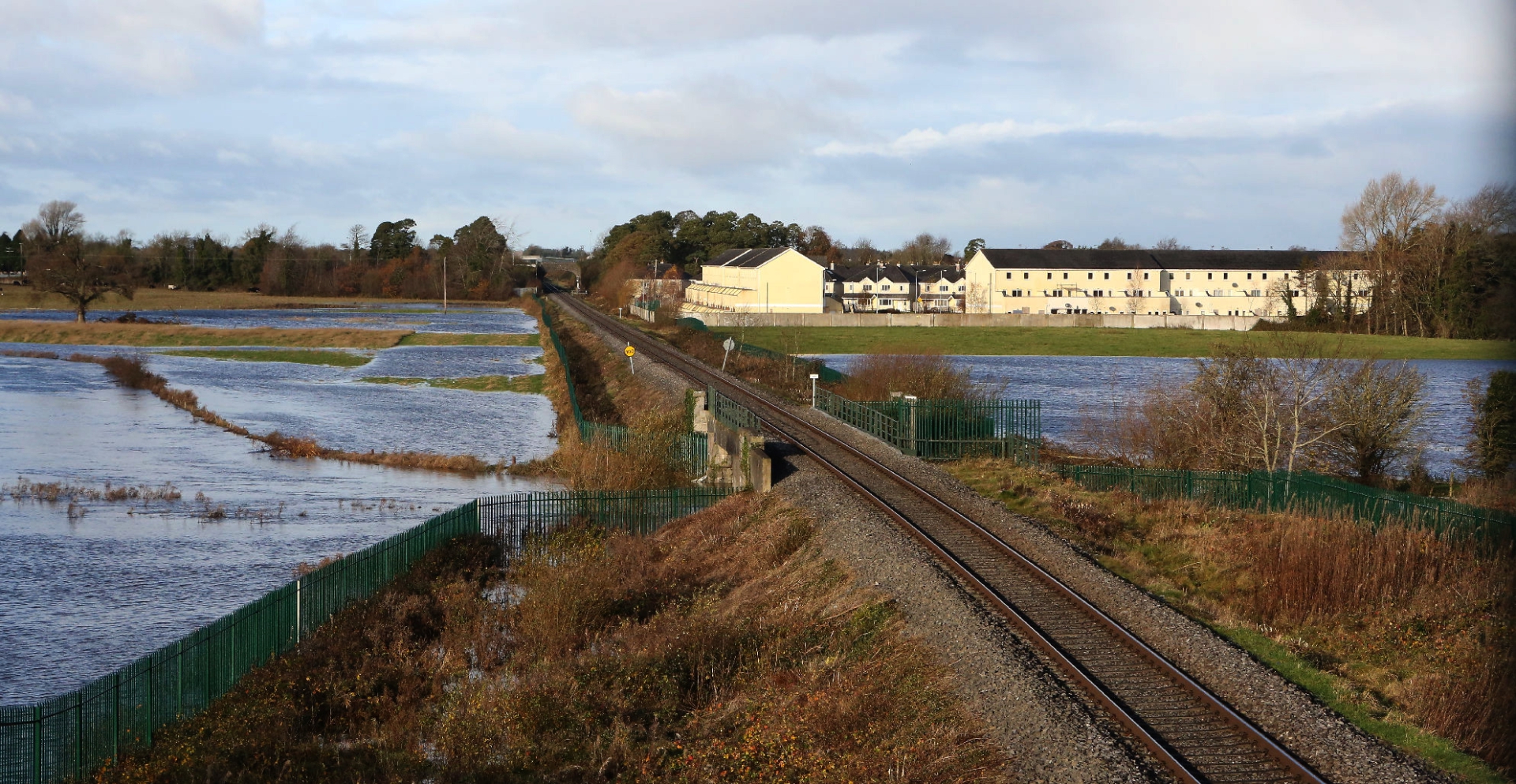 Flooding up to the West of Ireland train line, Portarlington. Pic Michael Scully