Young Fine Gael have now responded to the comments 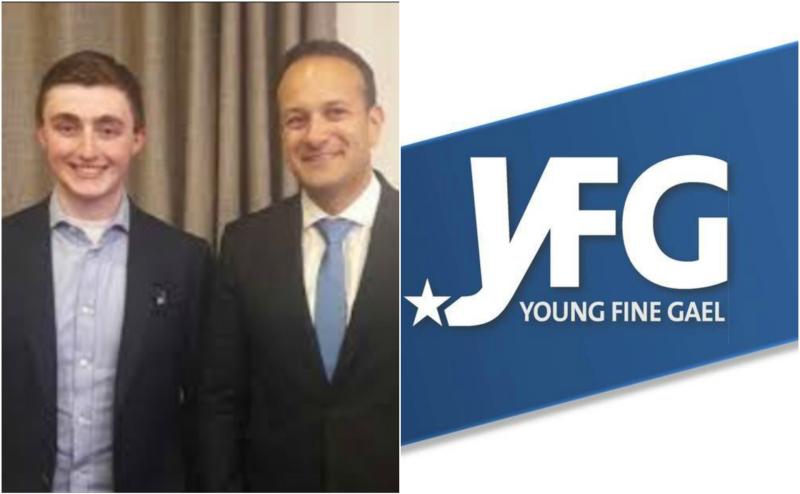 A homeless Offaly man has expressed his upset at a Twitter exchange with a prominent member of the youth wing of Fine Gael, in which he was told to "quit whinging" in a discussion about the current homeless crisis in Ireland.

The man, who has asked to remain anonymous, told the Offaly Express that he is originally from Tullamore, Co. Offaly, but is currently residing in a homeless hostel run by a charity in Westmeath.

On August 4, the Offaly man was tweeting about the reaction of government, namely Taoiseach Leo Varadkar, to homelessness. He was expressing a view that he and his party had failed in their response to the issue to date.

During the resultant discussion, a Killian Foley-Walsh joined and asserted his belief that the government was injecting a considerable amount of money and resources to tackle the crisis.

He made reference to the "billions being poured into social housing and the modular homes that are being built everywhere."

The homeless man said he made some points about the lack of homeless service provision and informed Foley-Walsh of his own current living arrangements.

"I was absolutely stunned to receive the following reply from Mr Foley Walsh, which I took a screenshot of," the Offaly man remarked.

PICTURED: A screenshot of the response made by the Young Fine Gael member

Mr Foley-Walsh informed the Offaly man that he had "just got somewhere to rent in Dublin on minimum wage," insisting, "there's plenty to rent."

When the Tullamore man responded to say the "billions weren't being spent," Foley-Walsh replied by saying, "give it a rest and quit whinging, you're the Lord or Ireland [referring to man's Twitter handle] who knows everything, surely you can figure it out."

"The implications of his statement are that citizens who are experiencing homelessness at this time are the authors of our own misfortune and that we only have ourselves to blame," the Offaly man claimed.

"To say I was incensed by this arrogant condescension is an understatement," he told the Offaly Express. He said homeless people were "belittled" by Mr Foley-Walsh.

"Such attitudes from anybody are simply not acceptable in this current climate, where many, many people are falling into homelessness through no fault of their own," he continued.

"When it comes from a senior member of the youth wing of Fine Gael, the main governing party in Ireland, it takes on a far more unacceptable colour."

In the wake of these comments made by Killian Foley-Walsh, we contacted him for a comment. While he failed to reply to our correspondence, Young Fine Gael President, Marian O'Donnell responded to the controversy.

Having admitted reading the interaction between the homeless man and her party colleague, she said: "These comments are Killian's personal opinion and in no way reflect the views of Young Fine Gael."

She did not indicate if any disciplinary action would be taken with respect to Mr Killian Foley-Walsh and his comments.

In response to O'Donnell, the Offaly man commented to us: "While Young Fine Gael are correct that the opinions are Killian Foley-Walsh's personal views, it's important to point out that he is a senior member of Young Fine Gael, and his social and political views have been formed and tempered within the crucible of that membership."

He went on to say on the broader homelessness issue that most properties available for rent in Offaly and elsewhere are out of the reach of single people facing homelessness.

"Quite simply this is a catastrophic failure on behalf of government after 6 years in office. There simply is nowhere for a single homeless person to rent," he said.

In relation to Killian Foley-Walsh, he said he was requesting, "a written apology, and an undertaking from him to attend, in a voluntary capacity, with Focus Ireland or any of the soup-kitchens around Dublin, so that he might actually come to understand properly how this crisis has unfolded and what it is doing to his fellow citizens."