UPDATE: Extent of Offaly fire revealed in photographs from the scene 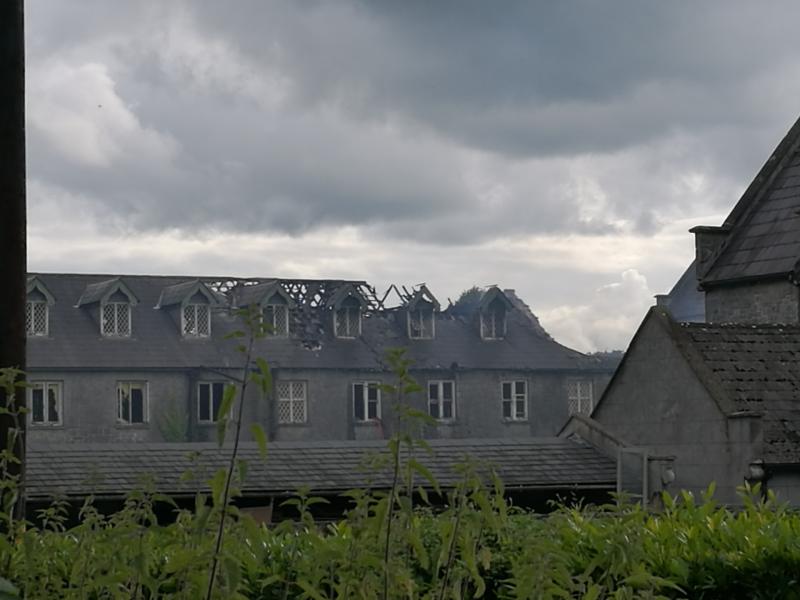 The fire ravaged the old Workhouse in Birr on Tuesday, August 1

Firefighters have battled a fire which broke out in the Old Workhouse building in Birr, Co. Offaly earlier this afternoon.

Pictures from the scene show extensive damage to the roof of the building, a large proportion of which appears to have given way to the flames.

Gardaí have confirmed to the Offaly Express that they are are waiting for the scene to be made safe before then establishing the cause of the fire. 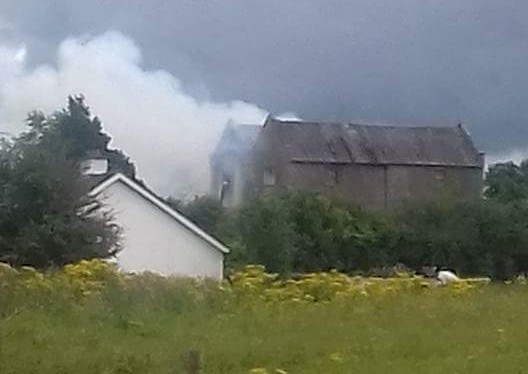 Smoke billows from the scene at the Old Workhouse in Birr

It is not known at this time if the fire was started maliciously, although the Workhouse is a disused building.

It was built around 1842 and is a rare intact example of the original pre-famine Irish workhouses designed by George Wilkinson. Birr Workhouse has been relatively unaltered, being used mostly for light industry and it was closed in 1921.