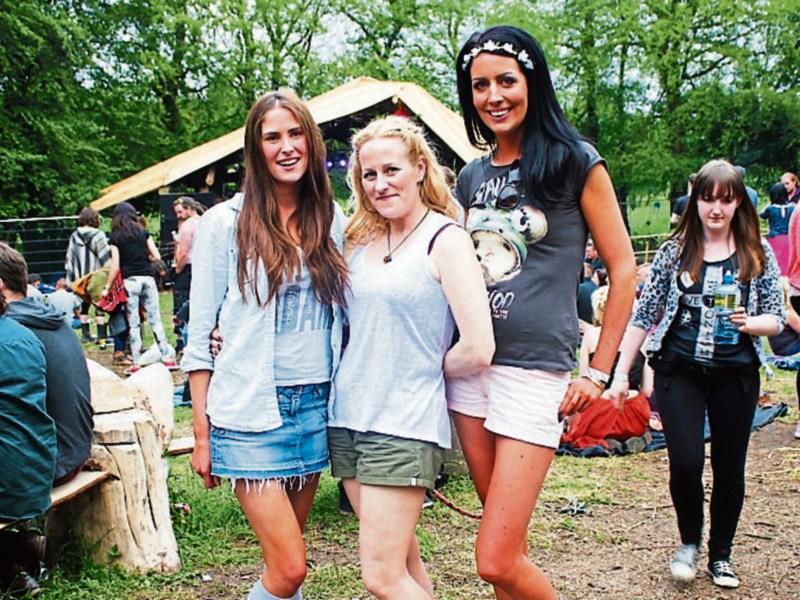 festival goers at a previous Bare in the Woods

Organisers of an award-winning Bare In The Woods festival in Garryhinch on the Offaly side of Portarlington, have today announced that it has been postponed, just 16 days before it was due to be held.

The Bare in the Woods organisers are offering refunds to ticket holders, but hope to reschedule the festival at a later date.

They are blaming the many conditions on their event licence, and the short amount of time given to fulfil them before the festival was to start on June 9.

House of Pain were slated to headline the popular festival, which had been expanded from one-day festival in previous years to a three-day event this year.

The organisers announced the bad news on social media, and also released a statement.

"It is with great regret that we wish to inform our patrons that, despite our best efforts to grow the festival into a fully-fledged licensed event, we have made the decision to postpone BARE in the Woods festival until a later date," the statement read.

"BARE in the Woods is a small, homegrown festival, run by a small core group of people and unfortunately, the limited time available for us to comply with the conditions on our licence, has realistically proven not enough."

"Now, more than ever, is our utmost wish to stage a well-run, safe and ultimately entertaining event for all of our patrons, and with this limited amount of time available and duty of care in mind, we feel it wise to postpone the event, due to take place at Garryhinch Woods on June 9-11, until we can fully comply to the high standards we wish to bring to bear in our young festival."

We would like to assure all of our patrons who have bought tickets for the festival that we are working hard to ensure BARE in the Woods will go ahead at a later date, but in the meantime fully understand if they would like to avail of refunds. Refund information will be on www.barefestival.com on Friday, May 26. By the same token, we would like to thank the artists and all of the people who have made commitments or worked on the event to date."

The organisers said they are now reviewing their options regarding BARE in the Woods going forward, and in the meantime said they would "like to thank everyone for their understanding and patience."