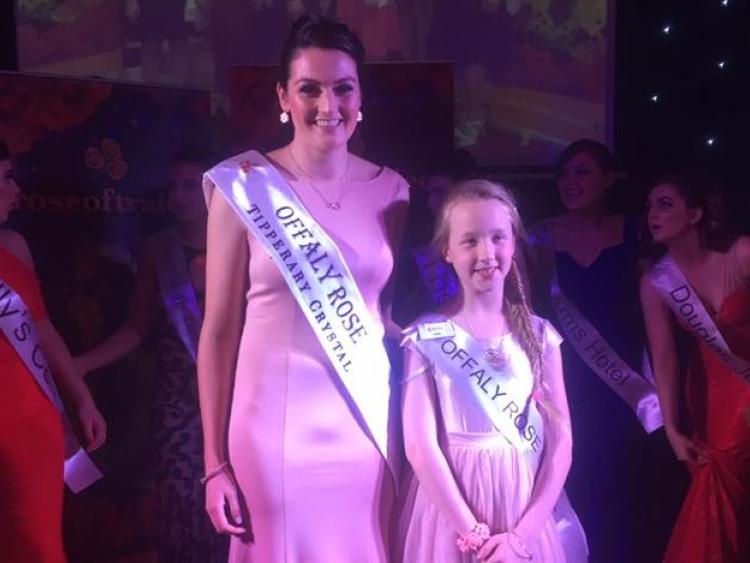 Jennifer Byrne was crowned the new Offaly Rose of Tralee at the Selection Night in The Bridge House Hotel in Tullamore on Satruday evening.

She takes over from Emma Kirwan who was on hand to pass the sash to the new Offaly Rose.

A newly qualified doctor, Jennifer was the tallest of the Roses and she wowed the judges and the audience rising to the top of 14 talented and very impressive contenders. 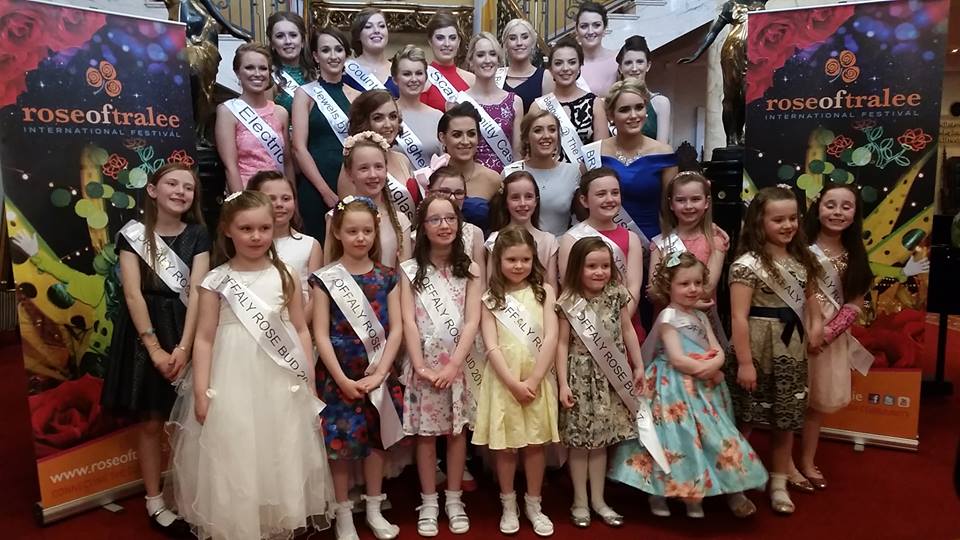 All the Roses and the Rosebuds

The Ballinahown native is a former Irish soccer international who represented the country at Under 17 and Under 19 level. She played centre-half in the European U-17 Final in 2010 where Ireland lost out on penalties to Spain and she also played in the World Cup in Trindad and Tobago. For good measure she danced a hornpipe at the Selection Night.

She will now go on to represent Offaly at the Rose of Tralee Festival in August and she is sure to be among the favourites to be crowned the 2017 Rose of Tralee.

It was an excellent night in the Bridge House with all 14 young ladies making a lasting impression on the audience in an event excellently run by the local committee. MC Brendan Hennessy conducted the interviews on the night and he was a key part of the night putting all the young ladies at their ease.

The audience heard a story about how a granny got a Rose in trouble by smoking in Heathrow Airport, were given a demonstration of how to make a Rainbow Cocktail, were enthralled by a show of camogie skills, were shown how to make a chicken fillet roll while MC Brendan Hennessy was given an impromptu dance lesson.

The 14 young Rosebuds were all stars of the show and perhaps an Offaly Rose of the future will bloom from last night's event.

There was also a raffle to raise funds for Pieta House with numerous prizes kindly donated by local businesses.