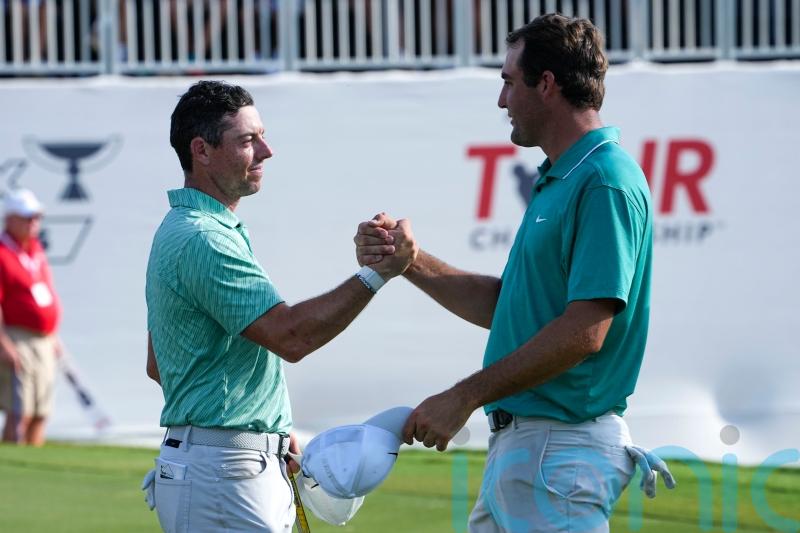 Rory McIlroy remarkably overturned a six-shot deficit in the final round of the Tour Championship to become the first player to win the FedEx Cup three times.

McIlroy carded a closing 66 at East Lake to finish 21 under par, a shot ahead of Sungjae Im and Scottie Scheffler, who had been an odds-on favourite to secure his fifth win of the season and the 18million US dollar (£15.3million) first prize.

However, Scheffler struggled to a 73 and McIlroy took full advantage to claim an extraordinary victory, having started the week six shots behind the world number one under the handicap scoring system and making a triple bogey on his first hole.

McIlroy has now earned 43million US dollars (£36.6million) for his three FedEx Cup victories. Tiger Woods (2007, 2009) is the only other player to have won it more than once.

Playing together in the final group, McIlroy and Scheffler both bogeyed the first and while Scheffler also dropped shots on the fourth and sixth, McIlroy birdied the third and made three more in succession from the fifth for a share of the lead.

Scheffler responded immediately with a birdie on the eighth and although McIlroy got back on level terms at the 12th, the Northern Irishman bogeyed the 14th after missing the green with his approach.

McIlroy was not about to throw in the towel though and holed from 30 feet for birdie on the 15th and saved par on the next after flying his second shot over the green from a fairway bunker.

The former world number one’s chip was travelling at speed when it clattered into the pin and, after Scheffler made bogey from a greenside bunker, McIlroy holed from seven feet to take the lead for the first time.

A poor bunker shot on the par-five 18th cost Scheffler the chance to force a play-off and the Masters champion had to scramble for par to share second place with Im, who matched McIlroy’s closing 66.

“What a week, what a day,” McIlroy said at the prize presentation.

“Firstly I want to say I feel like Scottie deserves at least half of this (trophy). He has had an unbelievable season. I feel sort of bad that I pipped him to the post. 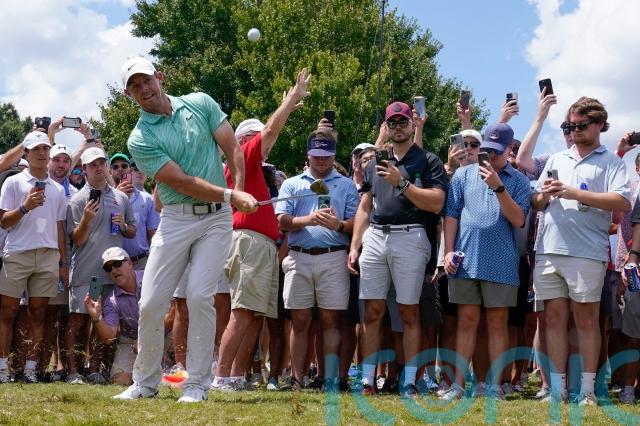 “He’s a hell of a competitor, he’s an even better guy, it was an honour and a privilege to battle with him today and I’m sure we’ll have many more. I told him we’re one-all in Georgia this year; he got the Masters, I got this.

“I didn’t really give myself much of a chance teeing off today, I thought six behind was going to be really tough to make up but my good play and Scottie’s not-so-great play meant it was a ball game going into the back nine.”

Asked what it to meant to win in a season in which he has emerged as one of the PGA Tour’s biggest advocates in its battle with LIV Golf, McIlroy added: “It means an awful lot.

“Two of the best players in the world going head to head for the biggest prize on the PGA Tour and I hope everyone at home enjoyed that.”

McIlroy admitted his win would help “soften the blow” of failing to win the 150th Open Championship at St Andrews, where he shared the lead after 54 holes but finished third behind Cameron Smith, who is expected to join LIV Golf imminently.

“St Andrews was really hard for me,” McIlroy said. “It was a tough one to get over. This softens the blow a little bit. It doesn’t make it that much easier to get over, but it’s great to end the season on a high note like this.